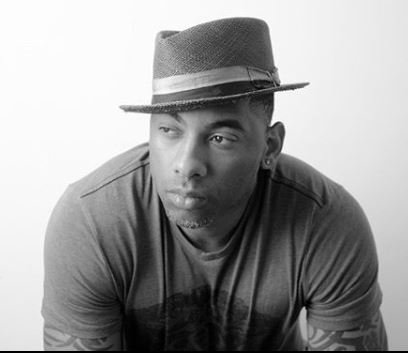 “Then There Were Two” has been nominated for best hiphop song for this year’s Independent Music Awards, and I can see why. The beat is immediately so captivating, with the interesting use of ghostly vocals and I love the inclusion of horns here and there, especially at the end. Intellect claims this is the song that turned the whole album on it’s head (the whole album is wonderful by the way, I have a copy at home, you should too). This song is a conversation between the artist and hip-hop, who he has given feminine qualities. During the chorus you can see him asking for just a few minutes to talk to hip-hop. He seems to want to both revive and evolve hip-hop and it’s direction, and I think he’s fully accomplished that with this song and album. I love his flow change up around 1:45. This track shows the best of Intellect, and I can see why this was the turning point of the album. I hope he can “live forever through these verses” in all of your ears. 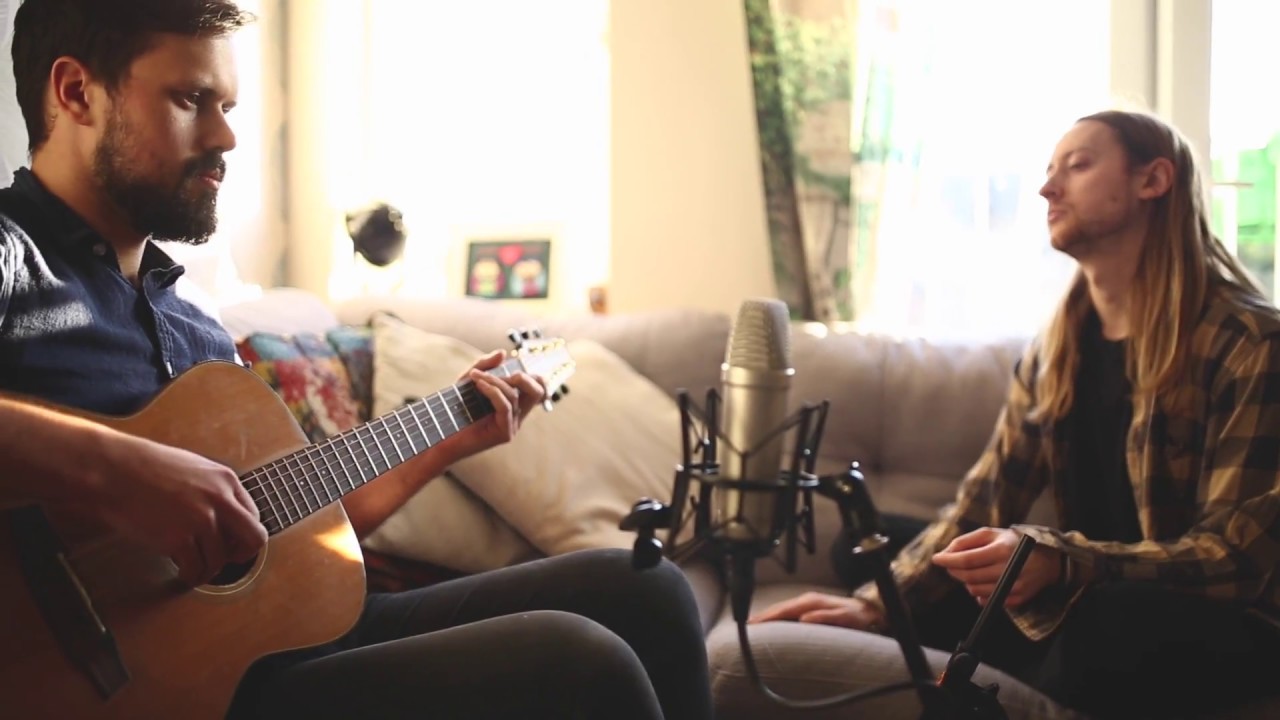 Good morning B-Side Battletoads! (I like that one, and it also shouts out the hardest game of my childhood) Before we get into this song, I just need to say that this artist/band name is one of my favorites I’ve ever seen, along with the cover art. It’s one of those when you hear it, you are bummed that you can’t use it for your future project haha. Not that I would be creative enough to come up with it anyway. Alright now let’s dive into the song. Let’s start with the lyrics:

I love the ambiguity and mystery in this song. There seems to be some biblical nods, with the water and the wine, but the idea of this storm in the west reminds me of a personal experience. I don’t know how many of you have been to the American west, but one of the defining characteristics is how open everything is. This openness allows you to see a storm for several hours before it ever gets to you. So the chorus of this song reminds me of that concept, and even though you can see the storm for miles and miles and miles, you still can’t avoid it. It gives you more time to hunker down maybe, but the storm is coming anyway. It seems that this song explores what to do while you wait on the storm. Do you focus on the past? Do you drown yourself in sorrow? Do you anticipate the pain? I don’t know if we get a clear answer here, but maybe that’s the point. We each have to find our own answer.

Bio: The musical story of a South African born singer songwriter, inspired by the likes of Gregory Alan Isakov, Nathaniel Rateliff, Damien Rice & Sufjan Stevens. We Are All Fossils started in late 2014 but music has been the way of life for many years before that. March of 2015 saw the released of ‘Aether’ a live 6 track EP.

‘Songs For Strangers’ soon followed. A unique process where anyone could anonymously send in story (fiction/non fiction/undefined) to inspire a song. Out of these connections 8 tracks were created.

Late 2014 through to early 2018 were spent writing and recording for the debut album, a collection of songs that have survived the seasons. ‘The Optimist’ is the 10 track debut album from We Are All Fossils, released 4th June. The opening track and debut single ‘Honey Drop’ is a distinctive Indie/Folk sound that is a great introduction into the record.

“Well ever/greens don’t grow/ overnight/ so tell me/ when can I start
And treetops/ once grown pierce/ the sky/ freeing the sun/ shine upon me now”
I love the sentiment at the end of this song. I think we all want to be evergreens, able to withstand changes, in weather, seasons, years. The problem is, most of us don’t know how to build ourselves up to that level, because we only see the finished product. I think this song encourages us to just aim to be a sapling, and try to grow a little each day. And that’s just the lyrical content! The best part of this song, is even if you didn’t hear the message, you’d love it. It’s got some beautiful horn arrangements, a consistent and polished vocal track, and crisp string sound from the rhythm sections. I really can’t get over how phenomenally constructed the whole track is. Everytime I listen to it, something different stands out, as I’m writing this, I’m just noticing how fun the bass line is that’s driving the song. This is a band that is criminally underrated. I hope our followers go give them some much deserved listens and love.

They say they are forever in gratitude for and to family, friends, listeners now and in the future, supporters, and the musicians who have illuminated the path.

This song is so groovy. I admittedly don’t speak the language, so much of the lyrical content is lost on me, but the music is universal. The smooth guitars are perfect when I’m getting work done at my real job. I have my headphones and it transports me into a state of sublimity. I really can’t get enough of this song, and really of this artist in general, I’ve been jamming to his other track, Tobogan for months now.  I can’t wait until he releases a full length, because this artist is just oozing with talent and groove. This song, which translates to “Maybe It’s Time”, makes me think that maybe it’s time we started paying more attention to Nicola Carrara.

Bio: Currently, he continues working the remaining pieces of his first album, which will be released soon. At the same time, he is still producing and recording bands in the CamaronbrujoMúsica studio.

This is one of my favorite songs right now. The way it builds from a fun 80s sounding synth into a song that really is impossible not to dance around to belies the fact that the song actually has some melancholia in the lyrics. I love when sadder lyrics are hidden in pretty upbeat packages. This one seems to be a lot about unrequited love,

“Everyone reminds me of you boy
Everywhere I’m seeking you boy
Be my friend.
At every lie I want you more
Touching you, feeling you roar
Be my friend.”

My favorite part of the song is probably around the 3 minute mark or so when it breaks into almost an entirely new song for a few bars. The word “falaises” translates to cliff in French. And this song is full of cliffs, and valleys, and crescendos. It’s one amazingly fun ride that will have you hitting repeat as soon as it’s over.

Here’s a bonus if you liked the song:

I’m so happy to introduce you guys to one of my favorite songs of the moment, off of a brand new EP that came out on Friday. I had a great interview with both Mia and Jonah that I’ll be posting soon as a podcast episode, so keep your eyes peeled for that. They were absolutely delightful, and even played a live song for you guys. For now though, let’s focus on this super hopeful song in not so hopeful times, a song that encourages us to “spin as one” when the world turns upside down. The press release describes the inspiration behind the song with: “The couple’s daughter, Rose, was born in 2012. Spin as One’s lyrical themes reflect on family life—overcoming struggles through love and care of one other—as well as Mia and Jonah’s wishes of soulful self-discovery and a collective coming-together for our world to find its way back home.” Both personally and collectively, I really need this song in my life right now, and that’s before even mentioning how beautiful it is instrumentally. The strings in particular are just incredibly arranged over flawless harmonies from both Mia and Jonah, and trust me, the whole EP is just as good as this song.

Bio: “With accomplished highlights such as opening for pop idols such as Sia, Tracy Chapman and Ben Taylor at the Fillmore, the duo eventually migrated south to Los Angeles whereby they quickly ingratiated themselves into the local scene, sharing a residence with the Burning Man star William Close (Earth Harp Collective creator). Since their arrival, they’ve been religious performers at LA’s annual Truck Stop “Hootenanny!” where they played with Central California icon Brett Dennen and round the fire with up ’n coming legends such as Lukas Nelson.

In 2016, Jonah, along with his 6-pc band, released a 9-track excursion entitled Midnight Ball. With a funky sound that recalled the sunny effervescence of Red Hot Chili Peppers and Sublime, LA Weekly commended “its vibey, eclectic sound, that embodies the laid-back coolness of Southern Californian culture.”

Scheduled for release on September 7, their new album, Spin as One,features the talents of bass player Seth Ford-Young (Tom Waits, Edward Sharpe and the Magnetic Zeros), and drummer Steve DiStanislao (David Gilmour, CSN, Kenny Loggins), with banjo by Chris Pandolfi (Infamous Stringdusters), and violin by Alan Grubner. Americana UK praised their “highly effective harmonies, as good a pairing as anything out there.”

Like I mentioned before, we will soon have an interview with Mia and Jonah on our podcast, you can check out our most recent episode here: Episode 18: Existentialism (Part 1) 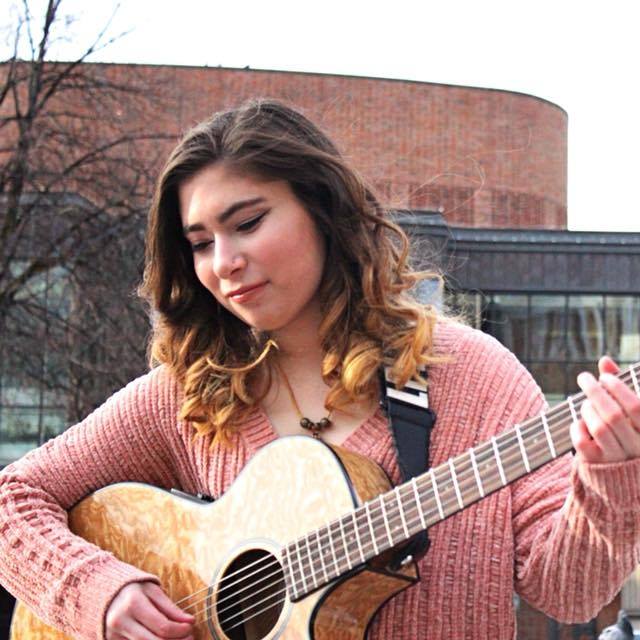