From the harmonious start to the equally cohesive end, Tia Gostelow’s new single, Strangers, is exactly what you look for in a tale of summer love. The instrumentals are straightforward and don’t try to go over anyone’s head, and the lyrics are simple enough to let everyone find a piece of themselves while still being detailed enough to make you feel like part of a story that’s not your own. Strangers takes the listener into a world of summer love that’s a story in and of itself, but can make the listener recount similar times in their life. The line, “We were strangers wandering home,” is so good. It could have to do with cadence, but given the nature of the song, I think it’s important that Tia doesn’t say they were wandering to the strangers home, or their home, but that they were wandering home together as two strangers. Too many people try to discount the seasonal romance, but the outcome is completely situational and personal to the individual. I think what Tia is trying to get across is that even though they are strangers, they are finding their home in each other for a night, week, month, etc. Those can be the times you look back on with the most fondness. 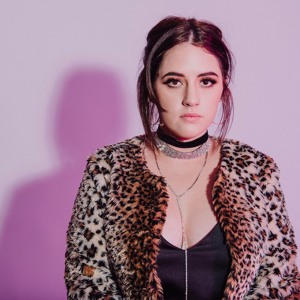 “You take all the covers,
but I don’t mind
Glasses drained,
we lose our minds
The parts that had us paralyzed”

Speaking of losing your mind, when Tia flips “we were strangers” into her upper register at 2:40… wow. It is perfectly placed, and played to perfection. She understands the balance that is required to keep the listener coming back for more. If she stayed turned up to 11 like that constantly, we would lose appreciation for it. If the sun is always shining, we lose appreciation for it. We need the overcast days to know how warm the sun truly is. The song is this comfortable smooth overcast day, and then the sun bursts through the clouds for a few seconds, giving you a real appreciation for the day as a whole. With a beautiful melody, tight harmonies, and a perfect balance between Tia and LANKS’ voice, Strangers is the smooth summer song you didn’t know you needed in your life.

Don’t miss another song we post in June by following us on Spotify.

With a very straightforward message, Chris Reardon’s song, Fighting Man, is a story of perseverance, and the video is a beautiful story of redemption. I want to break them down separately, because I think while being symbiotic stories, they are different beasts.

The lyrics: This song could be right at home in any number of action or sports films, with a very clear message, strong vocals, and heady, reverb laden, guitar riffs. It’s exactly what you want to hear when the protagonist is going through the rigorous training set before him by his coach, master, sensei, or whoever is teaching them their chosen practice. It is more of a man vs. nature or man vs. man situation. How much can you take from outside forces before you give up? It’s telling you to keep fighting, survive, and become immortalized as a legend in the eyes of family, peers, etc. Okay, maybe becoming immortalized is a stretch. He really means that giving up isn’t really an option, but he does say, “Don’t you ever die.” 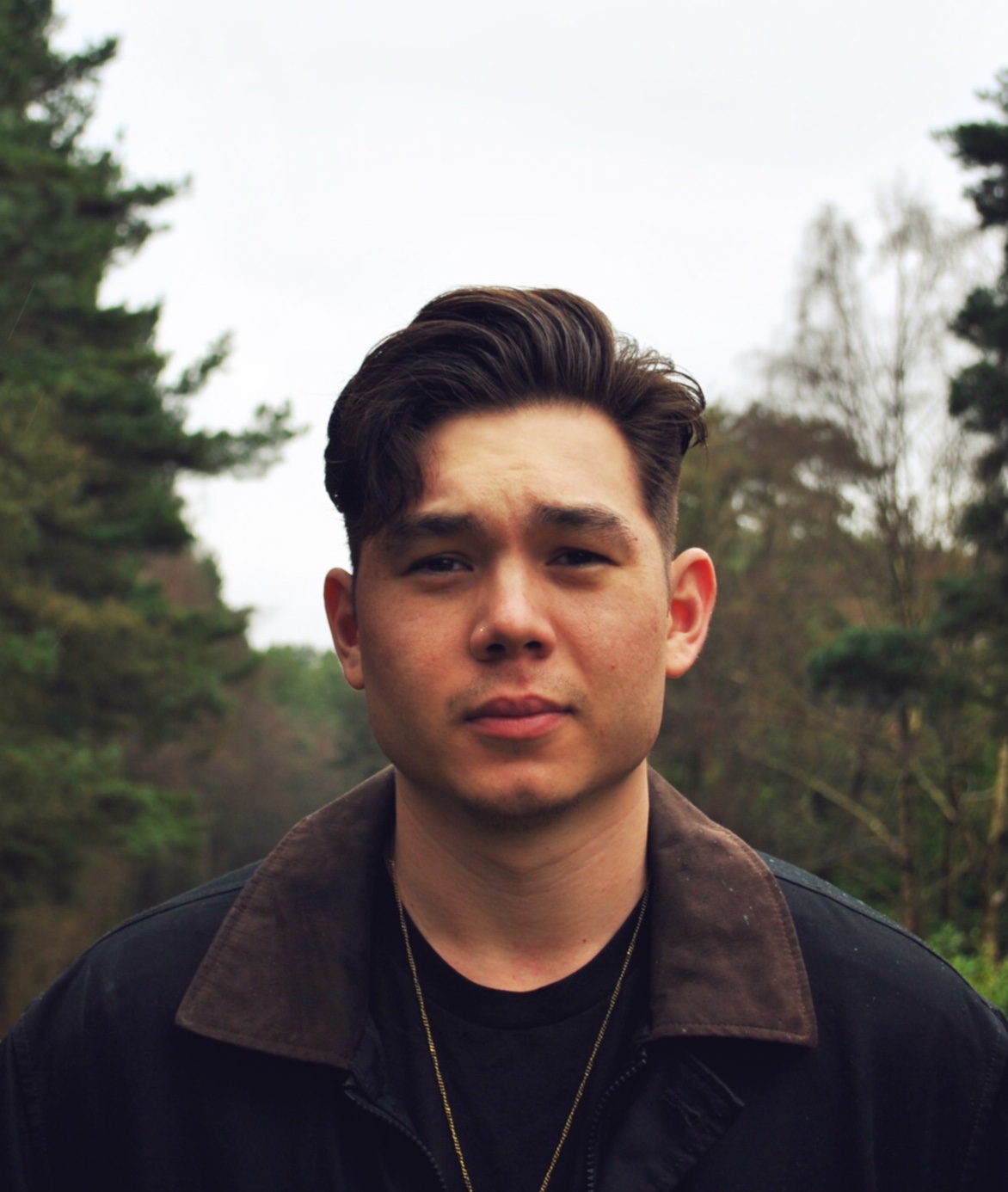 The video: Like I said, the video and song are very cohesive stories and can definitely apply to the same person, but the video is more of a man vs. self scenario. It starts with the main character being pulled over, obviously drunk, and getting into trouble with a police officer. It breaks into showing you how despondent and distant he has been from his loved ones, succumbing to the thralls of alcoholism. The story of redemption takes place with change. The man cleans up his act, gets sober, and starts to deal with his demons. While this story could be considered a trope of sorts, tropes exist due to an excess of examples. Alcoholism runs rampant, and most cases can be traced back to tragedy like this one. While it doesn’t explicitly tell you parts of the story, I believe the man was pushed to alcoholism after the death of his daughter. He dealt with his depression like millions around the world, and drank it away. He pushed his partner away because of his actions, and you see that in the video, even though he’s cleaning up, he still has to deal with the consequences of his actions. The video ends with him in a meeting, presumably AA or a grief support group. Now, it could be that he just hasn’t gotten to a point where the ex trusts him with his daughter, but you never see the daughter in anything but a memory. With the subject matter of the song, it leads me to believe the death theory over the typical “mom has full custody because dad can’t handle himself” trope.

I know I haven’t gone into the song as much as I have the lyrics/video, but with a video this stellar, it took me away from the normal train of thought that I have when writing these reviews. Chris Reardon is a stellar multi-instrumentalist who covers a wide range of genres with his music, and he does them all equally well. I’ve never done this before, but I’m posting an extra video below. I just want you to check out the range on this guy. Also, Chris is from the UK, and I’m currently sitting in an airport in Boston, having just returned from Northern Ireland. This video makes me want to go back already.

Chris Reardon’s song hasn’t been picked up by a movie, to my knowledge, but I’m calling it now. By the year 2020, this song will be part of a montage (or at least part of the end credits) in a sports or action movie. It is too fitting to sit idly by and watch the fight from the sidelines.

See what I did there? Yeah, I know I SHOULD be embarrassed by the lame joke, but you don’t know me well if you think that’s enough to turn my cheeks red.

Never miss a new song. Follow us on Spotify.

Check out this really amazing hip hop track from Hendrix Harris. Something that strikes me on this one is the dissonance between the chill beat and chorus and the intensity and speed of the flow of the verses. The first time I heard it, when the verse kicked in, it blew me away.

If you are like me, and like to check out lyrics, but it’s somewhat difficult to catch the first time through this song, you can find them on Genius here.  Once you do, you’ll see just how much variance he fits into one song. Some of my favorites:

“Only things I take are weed, lean, fix your education
Premonitions over reminiscence, show your dedication
I would never tell somebody how to live his own life”

I think that last line in particularly is one of the main messages of this song. You do you, I’m going to do me, and don’t yuck my yum. One more section I really liked:

“Fuck your profit, even in my coffin Imma stand above it
Lead or puppet ? Imma send a rocket to the men who’ve stocked it
H.E.N.D.R.I.X fuck you, fuck the system, fuck the I.R.S”

I think we can all get behind this. No amount of money should be worth selling out or becoming a puppet. It kind of reminds of J. Cole’s new track “Brackets” in that sense. Anyway, really cool song overall and excited to see where else Hendrix Harris and his producing duo with G E N I U S go.

As always, you can check out this track and all of our June TOTD’s on our spotify playlist here.

Hey guys, we are going to try to share tons of music with you over the next few days. I’m stoked for you to hear this track from Pandarama. I thought the vocals were really unique, and I really like the guitar work. You don’t hear too many acoustic riffs that don’t get boring and repetitive, but this one keeps me interested and it’s impressive how clean it sounds.

This band, full of recent college grads, are definitely one to keep your eyes on. And I’m really excited to see where they go from here, with such a strong debut effort. If you are in Miami area, you should definitely try to see them, because I expect them to be branching further and further out as time goes on. On September 3, 2016, they released their first EP, “37.5%”, which is available both as physical copies at their shows and on digital on all the major online retailers and streaming services, including iTunes and Spotify.

After performing many live shows and writing new songs, the band had enough material for an album and decided to record again. Before officially recording their new songs, they wanted to showcase their softer side and record acoustic versions of their songs, leading to the more ambient and experimental approach used in their new EP, “Mixed Messages”, which is where this song stems from. Check it out now wherever you enjoy music.

Want an easy way to find this song on Spotify? Check this one and all of our June tracks out right here.

Did you know we make a podcast? It’s pretty good. You can hear our latest episode here.

Malak’s new single, Hard Pill, is an absolute romper, and perfect to get you pumped for your morning commute. Malak, an Egyptian immigrant due to the Arab Spring protests, currently resides in Canada. I can’t help but feel that the new freedom that is offered in her Canadian surroundings coupled with her Egyptian background is what fuels the creativity for a tumultuous song like Hard Pill. Starting out with a clean approachability in the verse, the chorus hits like a punch in the gut.

(vulnerable)
I breathe in the air you breathe out, baby,
and I believe in what you’re about

I really love that the arrangement tells half of the story here, with an obvious change in the relationship, or maybe even just the duplicitousness of every relationship. You can be their biggest champion one minute, and then really dislike everything about them the next. It is a tough balance to maintain, and Malak does a wonderful job showing that with the lyrics, the arrangement, and this really trippy video.

Check out all of the artists we’ve featured on our Spotify playlist. Follow us so you never miss a great artist like this.