Have a spare 15 minutes? Check out this video, or save it for later when you do, I promise it’s worth it. The video is self described as: “An audio/visual art project exploring an intense and difficult struggle with depression, and how to “stay afloat” during a difficult time.” This becomes apparent quickly with the voice over and the shocking image of someone falling into a pond. This is one of those videos that is less a conventional music video (except the music which is also exceptional) and more of an impactful short film. It has a very DIY approach to it, most of it using a single camera and very few props. Take notes musician readers of the blog. You don’t need millions of dollars to start getting your videos out there.

The full EP, which is titled, like the blog post, Such a Pretty House, and Such a Pretty Garden” is basically played in full throughout the video. You can find the EP in broken up form on Spotify (as well as the first track on our Spotify playlist here). Something that really becomes awesome as the video progresses are the effects overlayed (like you can see in the shot above). The use of color, animation, and varied styles in music, really allow the viewer/listener to follow the progression of this depression, and the sense of feeling underwater fighting for your life that so many who have suffered from these episodes are familiar with. I won’t spoil the ending, because you need to see it yourself, but I hope any one out there who currently feels underwater can see something worth fighting for, a light at the end of the tunnel, a better tomorrow, because, at least in my experience, it does always become apparent eventually, if you can just keep fighting. Thanks again to SamXVI for reminding us how important it is to keep swimming.

I have a really interesting track for you today as you take a mid day break. When you start listening, you may think it is going in a pure folky direction. And then the beat starts to come in and you are like, oh okay I guess this is R&B. And then the flow kicks in, and hopefully you stop trying to define it. This one seems fully prepped to be one of my singles of the summer. It’s short and effective. It catches my attention with both catchy beats and elements of trippiness to it. The vocals are clean and various. I really can’t get enough of it.

Luckily for us, Pistachio Gods gave us a little background about the seemingly dissonant elements of this song:

“This song deals with our struggle of moving on in a relationship, we had the idea to combine folk music with hard trap drums and tell the story of how we know in a few months will get over this breakup finally and be moving on, but right now things are really hard for us.”

This song definitely pretty well encapsulates that idea. It’s so frustrating when your logical brain tells you that time is the only cure, but you still feel all the difficult emotions anyway. Hopefully this song helps some of you feel better and carries you through some of the darkness.

Alright guys. Let’s get weird this morning. This song blew me away with how unique it is. I hear a 90s Dre sort of whine going on the background, there are sing-songy children vocals, there are so many instruments I can’t even point them all out. This song is truly unique, which is something that I rarely can say even about a lot of the music I’ve always liked. 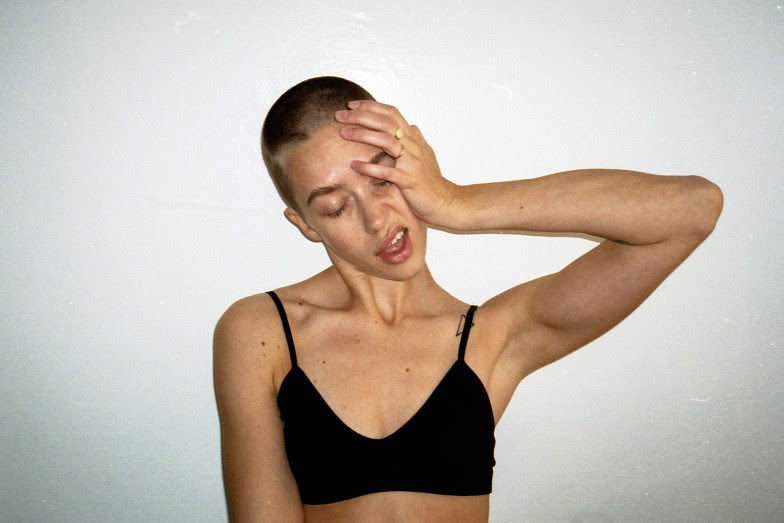 After reading up on her background a bit, I guess it shouldn’t be surprising how unique this all sounds.  From her press release:

“Delving into the legacy of her Mormon upbringing in Utah, contemporary spirituality, and a passion for 80s dark wave, Madge has created her own lane with a DIY approach to maximalist pop, drawing comparisons to Grimes and Charli XCX along the way.

On ” Alice ” an unforgettable bassline sets the foundation for witchy vocals that float atop wood-block percussion, wood-winds, and a cat’s meow. The song is interjected by a call-and-response made up of childlike voices, representative of the self-destructive voices inside our heads. The line “…boys be wary, Alice gonna check you like a good library” is about as badass as it gets. ”

I really wish I could say anything nearly as neatly intricate as that summation, but I’ll just say this: Very few artists are being as simultaneously experimental and catchy as this track is, and I’m very anxious to see how this develops over time. In the meantime, go listen to this song over an over on her SoundCloud or on our Spotify playlist, which you can find here.