There is so much to like here. The video itself is awesome regardless of the music, but I do have to emphasize how much I love the music. The vocals and build up on the percussion in particular really strike me as exceptional. Once you get into the meat of the video, I love the simple design that really makes you ponder a lot about the purpose of it all. Obviously the ability to move around the glass with his mind has some sort of connection to the title “Breaking Glass.” For me, the whole time I was waiting on a violent eruption where the glass shatters everywhere; it created a sense of anxiety through the whole video for me. What we got instead was an apathetic sort of falling motion while the protagonist solemnly puts his head on the table. And ultimately I guess the reveal is that he’s not moving the glass, some sort of earthquake or external force is? I love how symbolic the whole thing is, and it allows the viewer to make a lot of their own meaning. 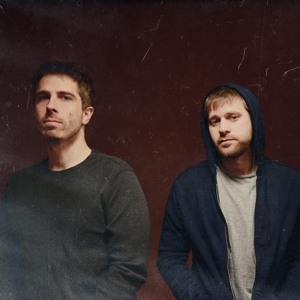 “But if you free your desires then we’ll free our devotion to you
Always inclined to be on top, to reach the top
Until you’re out of time
Empty words, brittle heart
We still raise this world on breaking glass

We left her out in the rain to bleed again”

I think some of the meaning is illuminated in the lyrics, which seem to suggest that our society, which is constantly aimed at achievement and the almighty dollar. could be the source of a lot of our problems. That really the only way to keep this sort of society going, is by having people left out of it. The constant haves and have nots equation. It’s more than that, because that assumes that everyone even wants to be a part of it in the first place, which of course, if a lot of us had our druthers, we probably would focus more on our passions than on our money. It’s really a beautiful constructed song and video with a lot of questions still left to answer. What are you guys’ thoughts? Comment below or message me on Facebook.

We added this song and more to our Spotify August TOTD Playlist. Check that out here.

Ah yeah. We are back after a brief vacation and we are coming back with a track that’s so smooth it’s silly. This track is perfect for me right now because I (as a school teacher) have to go back to work in a week, and this song kind of bottles all the best sounds of summer into one track for me. So hopefully I can squeeze out just a little more before I go back. Now when you get to the lyrics, they aren’t particularly summery, but that’s cool with me, my favorite music sounds upbeat but hides a deeper message in the lyrics. One set I really identified with:

“As a child, as a child I was the only one who knew in the back door of your mind there is a ladder
It makes me sadder now to know that it’s true
I was baptized in a Georgia church that sang as loud as god
When the congregation parted I was handed a facade
Singing lord, wade in the water and let everyone applaud
And I was blue”

That’s some grade A poetry. As someone who was baptized as kid in a South Carolina church, I really identified with the sentiment. They pushed us a lot as kids to accept Jesus or whatever, and then once that was accomplished, and you start to age, you’re like, hmm… is this really something an adult version of myself would’ve opted into? Or at least that’s what I experienced, I can’t speak for everyone.

The most impressive thing to me about his whole EP, is that even though it often sounds like a full band, Dylan played every instrument. He is currently based in either Miami or Providence (he claims both), but if he is in Providence, I hope to see him soon.

Looking for more music? We added this song and many more to our August Spotify TOTD Playlist.