Dave Cavalier: “Snap Out of It”

Have you ever had a relationship that you knew was bad for you, but you continued it anyway? Yeah me too. That’s why I really love this song and video from Dave Cavalier, where we see an alluring relationship slowly fade into both parties leaving dark marks on the other until they are both completely covered. It’s not just the video either, the lyrics lend itself to a similar theme: 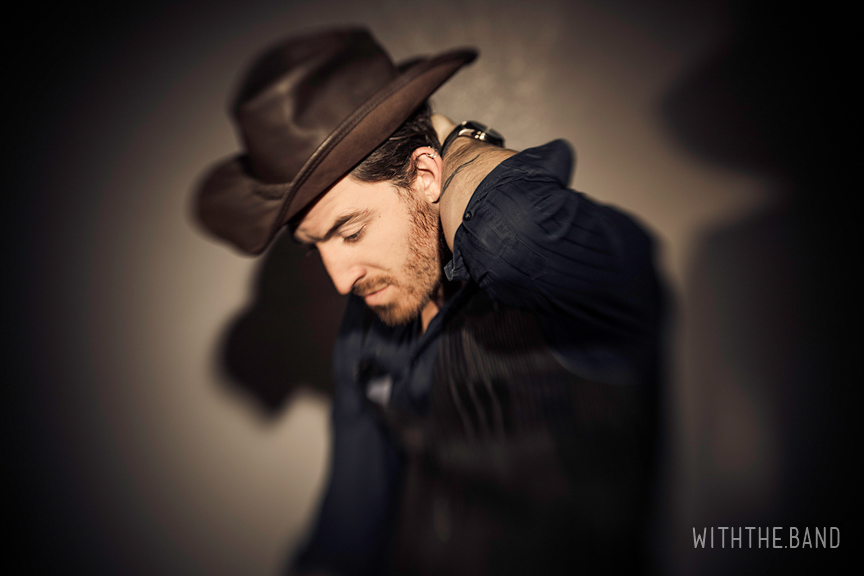 So in both scenarios, they are playing with fire and pushing it as close as they can without getting burned. As we all know, that can only last for so long before things start to deteriorate. Which is why the song ends like this:

“My bad habits
Make me a freak, love
When I’m howling
At the moon
If you wanna
Take em from me
They’ve tried and they’ve tried
Snap out of it”

This song is my new “bad habit” because no matter what, I can’t stop listening to it. Don’t forget to check out all these songs on our July TOTD playlist (it’s linked at the bottom of the post).

If you weren’t immediately sucked in with that opening riff, I don’t think we can be friends. Then when the kick drum kicks in, there’s pretty much no way not to tap your foot along. This song completely blew me away when I first heard it. It went from, “oh that’s a great southern/bluegrass riff”, to “oh I didn’t know that Billy Corgan was here”, to “wow these lyrics are so delightfully grungy and aggressive.”

I never knew how to describe these vocals, but luckily, Juliana’s camp explained it to us: “Contra-alto Corner describes it as ‘unique, dark and powerful’, with the heavy richness that makes the Profondo voice such a mesmerizing instrument’. In layman’s terms: Juliana sings in male keys and does it well.” I have to agree completely. If someone had thrown this on without telling me the name, I would’ve assumed it was a guy (specifically Billy Corgan like I mentioned before). It kind of reminds me of my first time hearing Alabama Shakes and then seeing Brittany for the first time and being blown away. I expect a similar come up for Juliana Strangelove, and can’t wait to see what else she creates.

One more fun fact before we move on that proves a little bit more about her badassery: She has another song called “Moscow Heterosexual Blues” which we’ve added to the July TOTD playlist. The video featured men in drag, which in and of itself isn’t all that wild, but then consider where she is from (Russia), and how Putin feels about LGBTQ+ rights and it adds a whole new level of rebellion to her character.

“Looking backwards and forwards at once,

finding loopholes for time to start.”

I actually feel like that line describes my feelings on this song pretty well. It is stepping into a tradition of other pop/folk/singer-songwriters but it doesn’t sound like a retread. Flo has her own…flow. I know, I know, dad-jokes. Something you may also find impressive (I did), is that Floraine Hu (Flo), plays guitar and keys along with her beautiful singing voice.

The song title, “Velvet” gets referenced in the opening lines that describe wrapping someone in a velvet cloth to keep them warm, only to have them leave you again soon after recovering. It brings to mind nursing a baby bird back to health, and then letting it take to the skies again. I tend to think it’s more of a metaphor than literal. It seems like a good way to describe a relationship in which one person leans heavily on the other, and then leaves without appreciation. It’s really gut wrenching, yet hidden discretely within Flo’s cherubic vocals.

“I see a ghost who’s trying to pretend,

haunting memories of things I never did.

I see a ghost that’s staring back at me,

the echoes of a dream, a door without a key.”

I really love the chorus of this song. I’m not sure I fully understand it, but it feels important. At first when I heard/read it, I thought “haunting memories of things I never did” meant that this ghost was accusing the speaker of things and the speaker was like “no bro, I didn’t do that.” But the more I listened, and thought about it, I think the ghost is haunting the speaker by pointing out missed opportunities. “The echoes of a dream, a door without a key” then becomes those points in our past that we look back and think “what if”, all of those times where maybe we could’ve changed things: new relationships, bad decisions, moments of trauma.

“Loneborn is an odd-ball collaboration between a producer with years of experience in the industry writing jingles and a graphic designer with brilliantly contagious musical ideas but no traditional musical knowledge. Having originally met in middle school, the duo took on separate career paths throughout the years and lost touch. Raul Garcia, a prolific commercial jingle-writer and indie rock producer, was reacquainted with Jonathan Tuckler, a percussionist & graphic designer on the rise, when the two decided to jam over some beers. When Tuckler began humming melodies and plotting out entire songs using only drums, Garcia decided the two should hit the studio to see how far the ideas could go.”

This is just one of those songs that gives you goosebumps. It has the slow build of an almost acapella first verse, and then those first “woah”s kick in and you can’t help but feel a flood of emotion, just like the singer seems to. And when you dive into the lyrics:

Destroyed everything that was good

We destroyed everything good

It is pretty clear we are singing about a tragedy of epic proportions. It almost reminds me of that line in NIN’s song “Hurt” that mentions “my empire of dirt”. Both songs are thinking about our lives as an empire, and how fleeting those empires are. 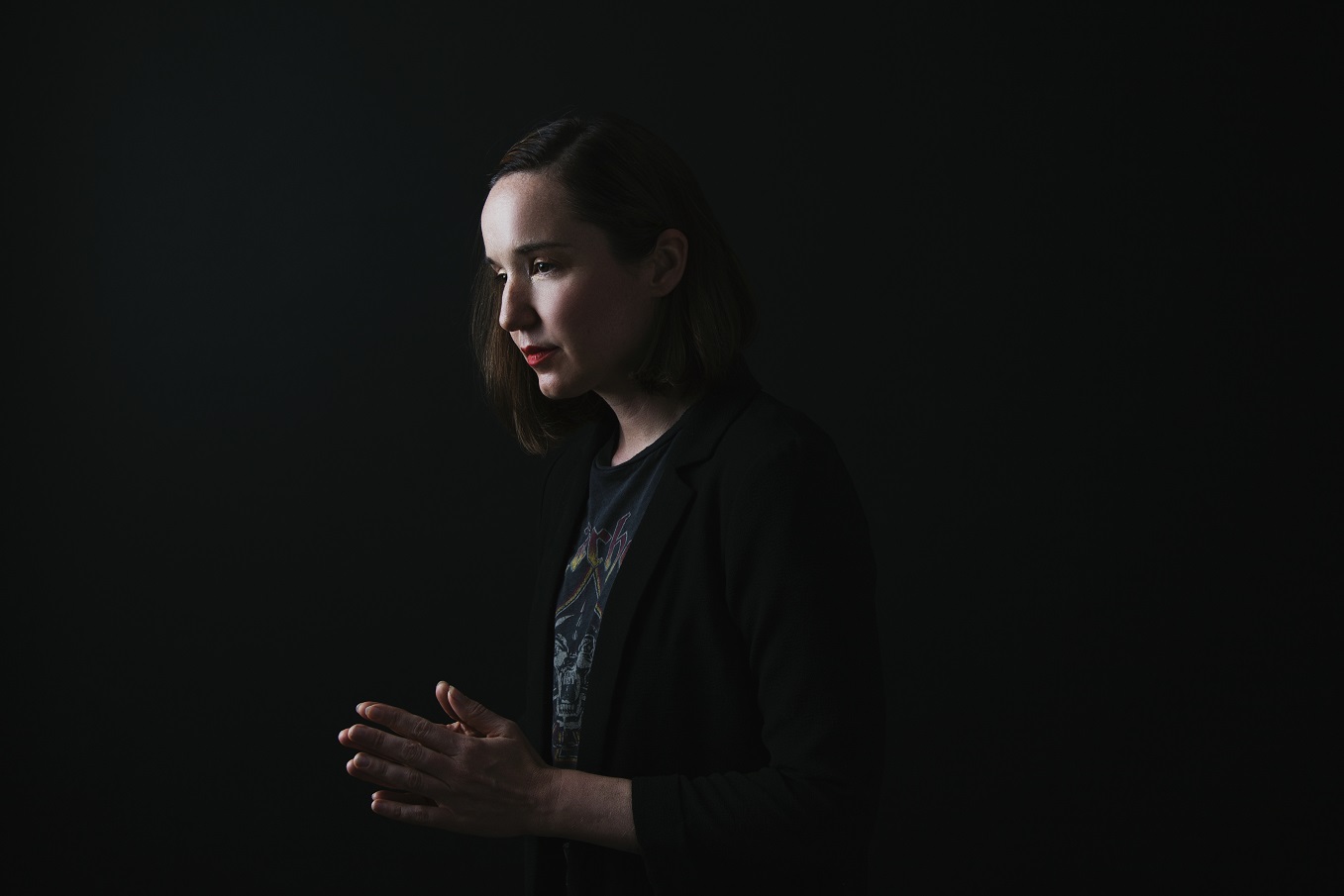 all the hours I have left to tell you anything

We are born and then we die and in between we

Now, it does seem to end on a somewhat positive note, even when it’s clouded in realism. We all have a set amount of time here, to say the things we want to say, to see the things we want to see, and that is admittedly tragic. But with the bells ringing out at “in between we are alive”, we can think about all the bells that ring in human lives. Bells of celebration, like a birth, or a wedding, bells of mourning, like a funeral, but all the bells are good bells, because we do get this time at all. What are you doing with yours?

Skout – “Space in Between”

I like putting this song right after the intensity of that last one. It has a similar feel, in the sense that it clearly acknowledges that not everything is rosy all the time. The speaker is desperately looking for “the space in between” to breathe for a while. It seems like at times they are lost in the hustle and bustle of life, and feeling the time slip away. They say, “I don’t need to know where I’ll be in five years.” In a world, especially an America, that says if you aren’t moving you are losing, we often forget how important it is to stop and smell the roses for a moment.

“Where do I go when living is home?”

This refrain has me a little perplexed, but also I find it so beautiful. I guess with what we’ve already said about the song, it is a preponderance on how to find “the space in between”. The ticking clock doesn’t stop, the hustle and need for money doesn’t stop; you can very quickly blink and wake up with years passing you by. Don’t forget to breathe, and look for the spaces that you can hold onto.

Want to hear more? These songs and more can be found on our July TOTD playlist right here.

Also, did you know we have a podcast? It’s got enough music and content you’ve never heard to last you for a 30 hour road trip. Check it out and let us know what you think.