We are starting off this edition of The Flock with an absolute stunner. This is Jeremy Voltz’s debut single, and it is really incredible stuff. There are times where you get to hear an artist from the very beginning, and you think to yourself, “This is about to happen for them.” With emotive and honest vocals, First has a simple and thought provoking message; ask for help if you need it and help when you can give it. With a vocal range similar to chart-toppers like Hozier and James Bay, I can pretty much guarantee this isn’t the last we’ve heard from Jeremy.

I Am Soyuz – Alone

With the second track, we get into Swedish artist, I Am Soyuz, and her song that is essentially the antithesis of the above track. The chorus makes the song seem like Felicia, the person behind I Am Soyuz, would rather deal with stuff on her own, not really looking to the outside world for help.

As an extrovert to the nth degree, I have a feeling that Felicia and I may not be the best of friends, but I’m absolutely in love with her music.

I swear I thought this was a deep cut track from Julien Baker. With similar vulnerability, but a timbre that’s all her own once she gets to the buildup, Kelsi Walker pulls back the top on depression and heartache, letting listeners know that there is a light. I was actually talking to a close friend earlier tonight about this exact sentiment. We may not know the right words to say to people, but the important thing is that we say something. We let them know we are there. Depression feels like you’re brain is exhausted from yelling into a vacuum where nobody cares or listens. The important thing is to start a dialogue. This song gives you that starting point.

Give a man a mask, and he will tell you the truth. -Oscar Wilde

Masked banditos, person on the left and person on the right (no, seriously. Check their website bio.), are the truth we all need right now. With a rambling melody and honest lyrics, Lord Knows I tried is a track that is made for riding horses into sunsets. Or the scene where the protagonist tries to deliver on promises they haven’t kept. Or scenes where the protagonist realizes that their fight is futile in the face of change. Really, this song belongs anywhere in gritty dramas. Speak of the devil, their music will actually be in an upcoming tv series called Yellowstone that will have all of the aforementioned scenarios throughout the series. Bad Flamingo is already finding a foothold in a major market television series, so get on now so you can be the one to tell your friends about our new masked friends.

“i just want to leave the earth
and all its gravity
find new friends in the stars
and sleep for eternity, all eternity

Such a beautiful and haunting sentiment with this one. The vocal stylings of Gina Cimelli are so airy and spacey, which makes “midnight” a perfect track for me. The lyrics fit, but it’s also the entire atmosphere that makes you feel both the magic and loneliness involved in being up late at night, whether you are with someone else or not. 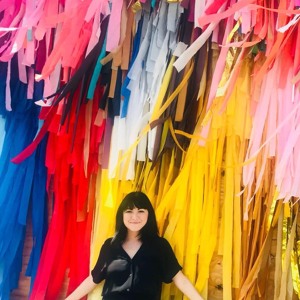 Sam Shaky has a voice that feels ethereal but tangible at the same time. His track, Ghost, is a well-written track that could be about anything from an unforgiving breakup to losing a loved one, and if you have been reading the blog for any length of time, you know that we love ambiguity in lyrics. The song leaves the meaning open to interpretation, and uses Sam as a vessel to guide you to your own conclusions.

Besides having perfect album art, Lena also has an incredible voice that is equal parts moving vibrato and steadfast pitch. She straddles that line between folk and crooning country, dipping into both throughout the track. Mr. Snow is a love song… well… it’s about love. And death. Mostly about love though, right Lena? Definitely.

Who am I kidding? We love dark songs here at B-Side Guys, and this track is right up our alley! Bring us all of your death songs, Lena.

I love concept albums. Growlers is that, but takes it a step further. Most concept albums have the lyrics or the instrumentation focus on a specific theme or element. Growlers is something really interesting, and it’s probably unlike anything you’ve heard before. In the words of Mike O’Malley, Growlers is “four songs written on the mandocello on the theme of bad masculinity, patterned on the theory of the four humors. Orchestrated in mosaic – a billion tiny instruments playing tiny parts, like debris underfoot in an awful little room.”

With tight harmonies and honest leads, the vocals work harmoniously with the instrumentals, forming a composition that floats into a new genre that may only be occupied by Mike O’Malley +Beastie Band: orchestral folk.

While you’re here, feel free to poke around the blog. I recommend checking out the podcast and daily features first.