We are back with our summer festival drafts! Let me quickly run down the rules again: 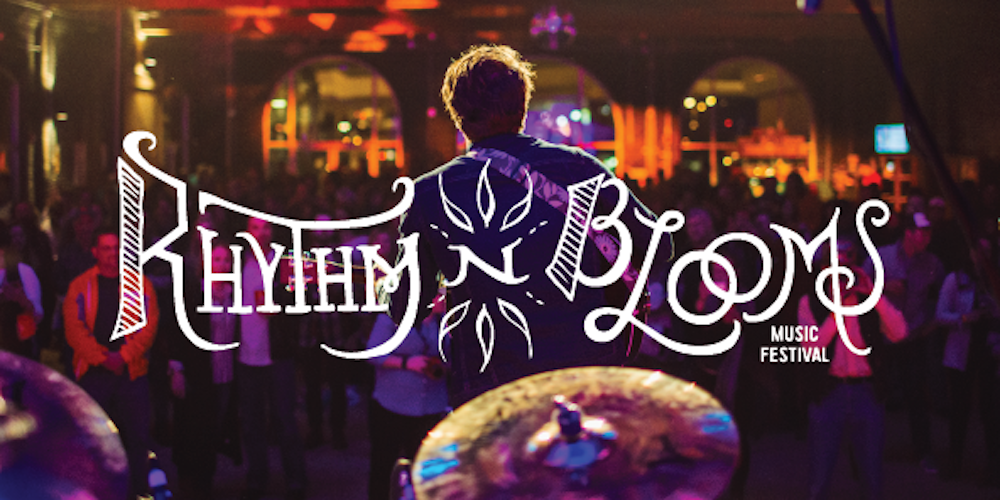 Rhythm N Blooms festival is set in the beautiful East Tennessee mountains in Knoxville. It set in the city proper, but has a beautiful natural backdrop all around. It’s really the best of both worlds. There will be lots of a great beers from local breweries, and local food trucks will be providing the food. Please see the map below:

If you’re wondering more about us, feel free to check out our podcast. As has been the case with every draft so far, we have found some of our favorite new music through this process. Read below for our picks, so you don’t miss any of the great artists this festival features.

This is going to be a really cool show. If any of you have ever seen Mutemath, you should know who DK the Drummer is. He is the absolute madman who duct tapes his headphones to his head because he drums so passionately that they are liable to fly off. Now that he has left Mutemath to pursue other projects (one of which, Sucre is also playing this festival), Darren has started to perform some solo sets that seem amazing. Basically he has mixed and matched his own creations, with popular hits, and then drums live over the whole thing. I’ve attached a video sample below. This set is a must see for anyone who loves beats and drums.

Seth: Early James and the Latest

These folks are front porch sittin’ at it’s finest. Slide guitar, gritty vocals, and blues that you feel in your soul make them a perfect festival band. Dig to China will keep your feet tapping long after the song finishes. You’ll have two opportunities to check them out on Saturday, either at Cripple Creek or the Pilot Light. Make sure you’re there for one of them.

Nathan: The Mowgli’s
I love their album Where’d Your Weekend Go?. I’ve listened to it several times since it came out, and each time I find myself caught on a different song. The first time I listened to it, I had “Automatic” on repeat, then “Alone Sometimes” the second time I listened through. Now I’ve got “So What” on my Spring playlist. Their music is very infectious, with upbeat, catchy melodies.

Nathan: Ancient Cities
I really like this band’s vocal work. The way they layer the backup vocals and harmonies is super pleasing to listen to. They kind of a psychedelic folk rock band, or at least that’s the best way I can describe them. I recommend their song “Station”.

The first thing that really drew me into Penny and Sparrow’s orbit is their lyrics. They’re storytellers, and they are masters of the sad story. With light and tight vocals/harmonies, minimal musical accompaniment, and masterful lyrics, Andy Baxter and Kyle Jahnke have a feel similar to Bon Iver meets The Civil Wars, but they definitely have a story that’s all their own. They also won’t drag the mood down just because their music is sometimes (almost all the time) sad; they are both really funny guys and keep the mood light between songs.

I can’t live in Providence and not rep Deer Tick. I’ve been listening to them since way back in their “Divine Providence” album days. You should definitely listen to “Main Street” off of that album. But I kind of fell off the pulse of them for a while after that. For this post I listened to their two most recent albums, and I have to say they blew me away. They mix elements of Bob Dylan/Americana, with some full band bangers with a twang. I doubt I’m telling you anything you don’t know, but Deer Tick has to be at the top of any one’s list for this festival. Listen to: “Sea of Clouds” and “Card House” off the new albums.

Most recent album (actually a 2 parter):

Go to this show if you want to be possessed….by Paul James. Yeah that was corny. Anyway, this set will be full of great Blues/Bluegrass elements. It would be too simple to say that’s all this is. They really push the genre into interesting places. Sometimes I would call it Folk/Punk-ish, especially the newest album. Check out: “Hurricane” off 2013’s There Will Be Nights When I’m Lonely and “Color of my Bloody Nose” off his most recent self-titled album.

Sweet Years calls Knoxville home, so expect these guys to be fresh and ready to yell at you (in the most amazing way possible). Zach Gilleran, Dakota Smith, and Travis Bigwood are the trio that make up this band that reminds me of about 4 different bands, but has a really cool sound that is all their own. The fact that they have a music video where they are on a mission to get the perfect choreographed dance on a baseball diamond tells you all that you need to know about these incredibly talented guys, but don’t take my word for it. Watch below:

This dude has some really cool album covers, which I’m always a sucker for. Dark colors + pink/blue neon and I’m already hooked. Musically he’s got an alt/pop electronic vibe, with bright female vocals backing up his hypnotic, rhythmic stanzas. His song “The Hurt” is the one that got me interested in him, but all of his work is solid.

I like big bands (and I cannot lie (I’m sorry)). LUTHI is comprised of nine members, and classify themselves as “Cumberland Funk”. Their tracks are so groovy, I’ve found myself dancing to it (again, something I try not to do in public) pretty frequently. “Every Body” is one of my new favorite tracks ever (like somewhere in the top 15 prolly), so maybe go listen to that one.

I’m really sorry about that joke at the beginning of this round. I considered not telling it, but… I couldn’t help it.

Dori Freeman once again proves that I don’t hate certain country music. With honest lyrics and a unique timbre, Dori has something really unique. She reminds me of family that we have in coal mining country, Norton VA, and there’s a great reason for that; she’s from a similar town about two hours from Norton. Dori is a stripped down storyteller who writes with her heart on her sleeve, and I am always a fan of that.

Now we are getting into “impress your friends with my music knowledge” territory. Take them to this set. They only have one EP out at the moment, so you’re really getting in on the ground floor. Check out “Sierra” and “Young Hearts” before you go. There are elements of early Wilco here, with some really interesting harmonies and grungy indie riffs.

Thrift Store Cowboys have been around for quite some time, and actually haven’t released a full album since 2010. Some of you guys probably couldn’t drive then. Hell, I couldn’t drink then, and I don’t even get IDed most places anymore. The song you should listen to first off that album is “Bright Fire”, but their best song overall is “Beneath the Shoes” off their 2006 album. Buddy Magazine describes their sound better than I could ever hope to when they say: “Thrift Store Cowboys’ feel is more, for a lack of better description, gypsy desert music – the free sound of spacey, heat-induced delirium…a sure, confident sound backed by thoughtful vision.” Here’s to hoping this appearance is a signal that Thrift Store Cowboys are still making music that we will get to hear in the near future.

Daniel Donato is an absolute animal. There’s really no other way to describe him. He does things with a guitar that only 1% of guitar players can do. It would just be an honor to actually see it happen live, so I had to swoop in and get the steal in the last round. I have followed this guy for years, and the opportunity to actually check it out in person would be an absolute blast.

I don’t listen to a lot of country music. Other than what I’m forced to listen to at work, I can count the country bands I’ve listened to it intentionally on one hand. One of those three fingers belongs to The Young Fables, so that’s why I decided to include them in my draft. Laurel Wright, one of the vocalists, won American Idol three times, which I think is kinda crazy since I didn’t know you could win it more than once. Also I really like the slide guitar they use.
Like I said, I don’t listen to a lot of country.

Want to hear more from the B-Side Guys? Check out our most recent podcast: Episode 11: Secrets (Part 2/2)