This is a new edition of The Flock. People who love Hip-Hop are going to find so much good content in this post. What is The Flock, you ask? The Flock is an idea that we had to help fans of a specific genre find multiple bands they love in one post. It helps us provide value to you, the reader, by putting more of what you want in one place. It also helps the artists. Fans of their music come to the page and become fans of other similar artists, growing their fan base more efficiently. It also helps artists connect with other artists who have a similar feel, so they can help each other out, work together, play shows, etc. Our goal here is to help promote artists that we believe in and want to see succeed. The Flock is a great way to help with that, and we’ve seen some really cool things happen because of it. Let’s get into this edition of The Flock.

The Supreme Kings of Yesterday – “Next Latest”

I love the sample at the beginning, especially the faked out Trap style stuff that makes fun of “Migos and all those guys that sound the same.” It really sets the stage for a throwback style hip-hop track that puts the people who throw together tracks in a few days, rappers who have no flow (i.e. mumble rap), and many other aspects of modern rap that The Supreme Kings of Yesterday hope to turn the clock back on. Above just a diss track, my favorite thing about track is that it is really a positive track that is about being yourself. He isn’t really hating on people for using the popular style to make some money, but he is calling them out for not being themselves, and if nothing else, S.K.Y. is going to be uniquely themselves. I really love how a lot of the track is filled with 90s style turntable scratching, and multiple voices with multiple flows. It makes me feel comfortable, like I’m a kid again listening to The Chronic or OutKast (not that the style is exactly the same). 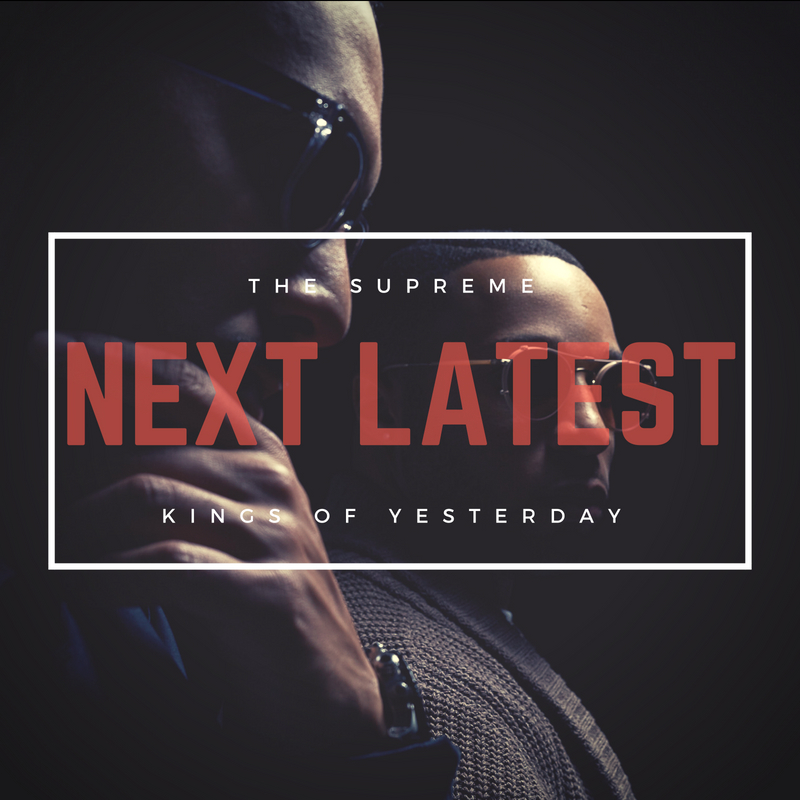 Bio: The Supreme Kings of Yesterday, The S.K.Y. (comprised of brothers Cise & Classy Touch – Next Latest – Single from the forthcoming sel-titled project, based in Los Angeles & Oakland CA. Fresh vibes await with clear and concise lyrics, precision instrumentation and drum break accuracy. You seek the best from your imagination, you Look Up To The S.K.Y.

It’s not exactly the same, but the flow on this song really reminded me of some early Eminem. Especially around The Slim Shady LP or so. Considering that’s one of my favorite albums, I hope that’s an okay connection. Sauce is Matisse has his own unique lyrical style that seems to focus on being an outcast “As in socially inept.” And this song at it’s heart seems to be a celebration of those who aren’t necessarily the most popular or cool. It’s an unapologetic beating of the chest saying that it’s okay to be comfortable in your own skin, regardless of how popular or not it makes you. 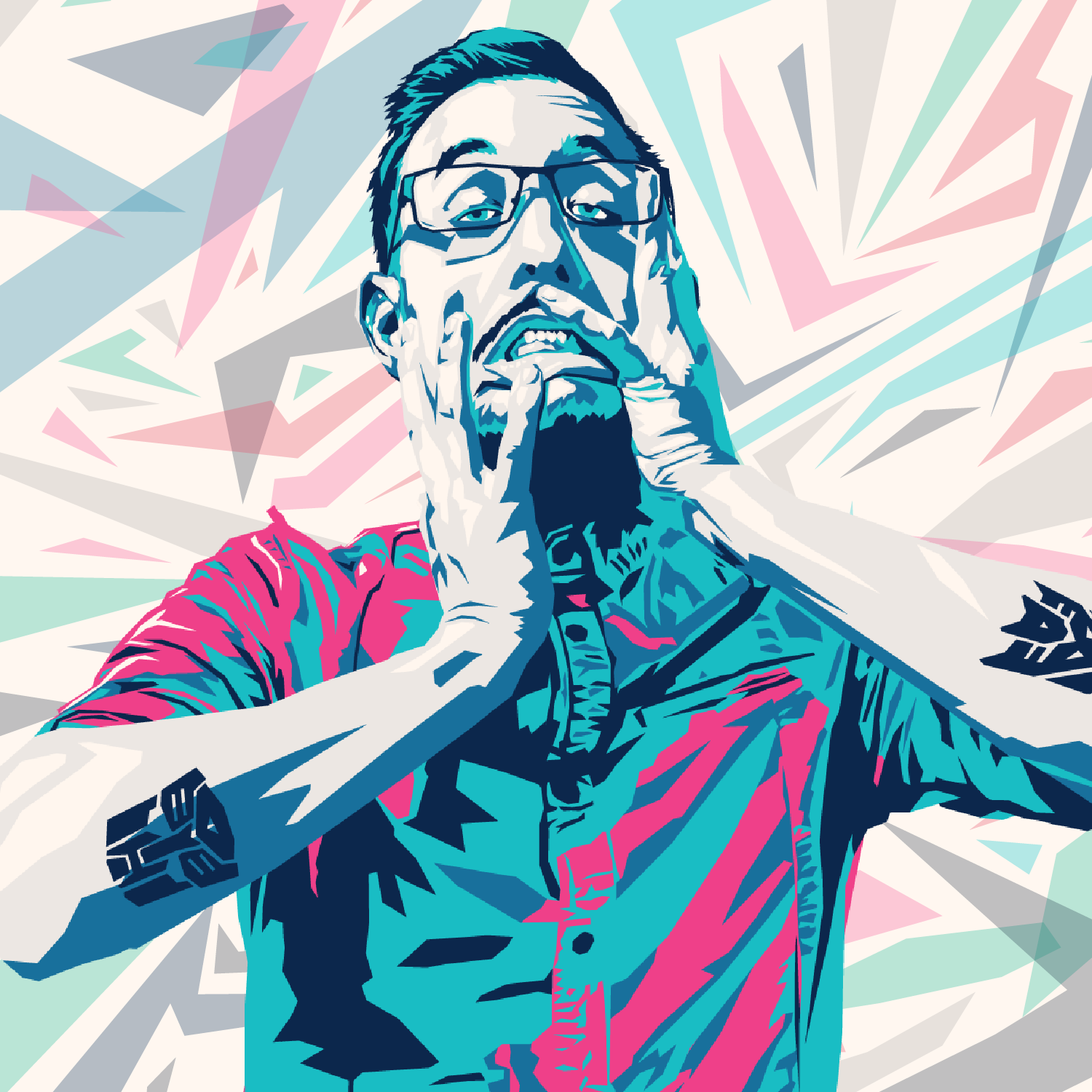 Bio: Depression. Social anxiety. Peer-diagnosed Asperger’s. Add a nerdy passion for artistic creation to this walking contradiction and you’ve got Sauce is Matisse, the D.C.-born rap artist currently based in Charlottesville, VA.

After being professionally described as a mental paradox in his teens, Sauce was given the advice to “contain” said paradox in order to allow all competing sides of himself to coexist.
He has done so through music.

Sauce is Matisse draws inspiration from both underground and mainstream music across all genres, and his work showcases a sound between raw hip-hop and the most technical heavy metal outfits. Over the years, he has worked with and learned from several established names (and some not so established) in the multi-genre underground. Sauce is always evolving as an artist and refining his sound and visuals, tightening them into progressively visceral polished works of art.

Eventually, Sauce realized that he could not only save himself through music, but he could reach others as well. Listen and you’ll hear that this paradox has effectively been contained, and it’s tastier than ever.

This song is just gorgeous and haunting. The female vocals really even out the whole thing, and I’m really moved by the consciousness of the lyrics, that range from melancholy to hopeful. The lyrics discuss police brutality, violence, struggling to make the art you want, relationships, divinity, and hope that there is a purpose behind all of this struggling and solitude. It’s really a wonderfully grounded song of hope and overcoming adversity. 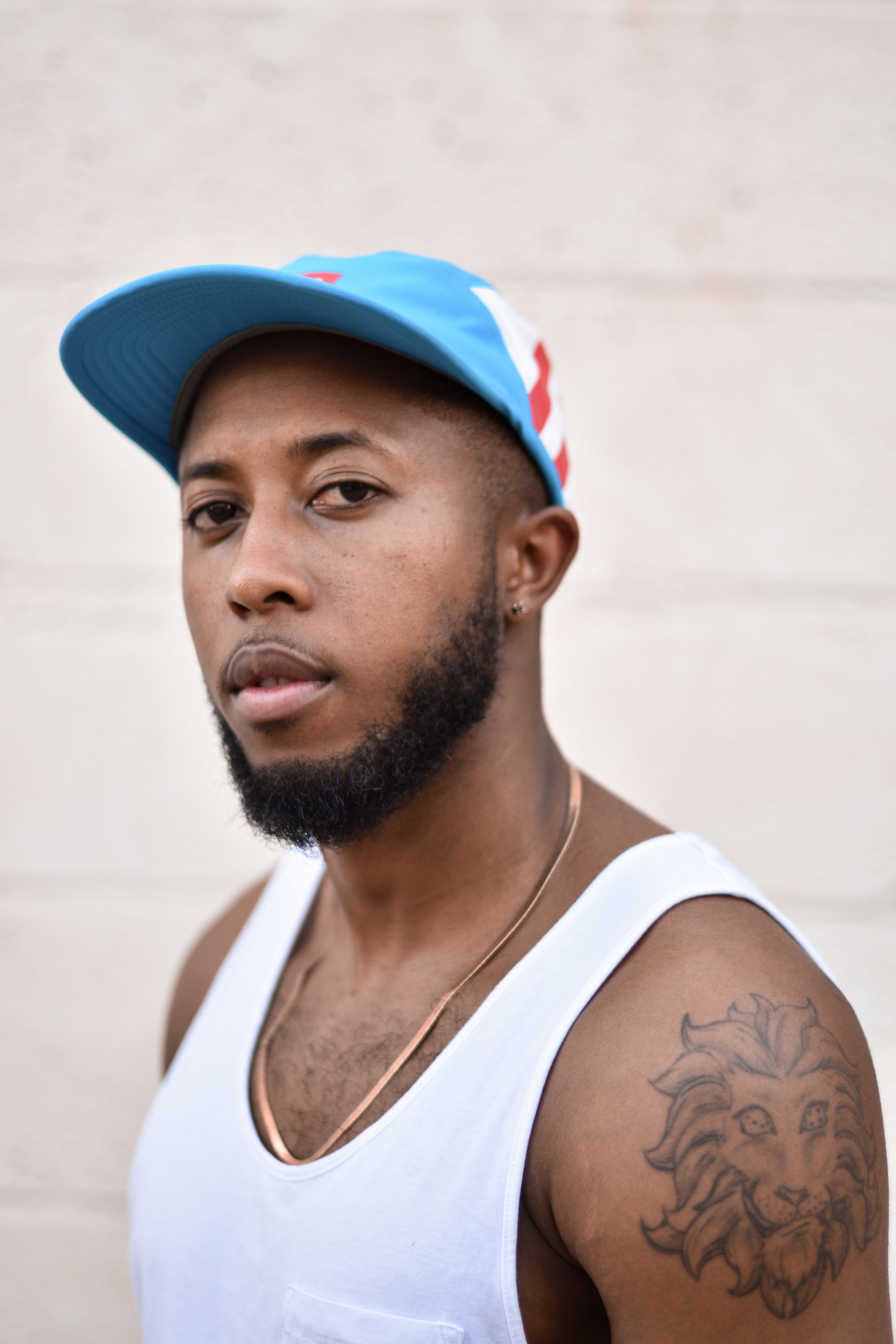 Bio: Liion Gamble was raised in Raleigh, NC but born in St. Andrew, Jamaica. His musical influence can be traced all the way back to his Grandfather. With conscious content we are almost always drawn to assume the nature of the music will be a bit dull and somewhat preachy. Liion bridges the gap between substance and style in a major way. Melodic hooks and bridges, paired with quotable lyrics and stylistic flow, highlight this artist’s versatility.

With a growing social media presence Liion released his first official single, “Solitude” on all streaming platforms May of 2018 and has delivered an EP entitled Grand Re-Opening July 27th of 2018. Driven to cut out the middle man, he has become a student of production and audio engineering in order to take the quality of his sound to the next level. Building a hit record from the ground up is a big goal of his right now but only one of many in the pursuit of becoming a complete artist.

STAB US WITH THE SHARPEST NEEDLE

THEY SWEAR THEY PROVE IT IN THE PENALS

This song is full of really intense lyrics, but this was my favorite section. It really dives into the way that the system is corrupt and broken, by beautiful evoking constitutional language, to describe how they break someone. I also like the War Machine reference, which sees a black man being used for profit, but only as a secondary character. As far as the “keep drinking” hook goes, it kind of reminds me of “Swimming Pools” by Kendrick Lamar. It doesn’t seem like the drinking is a real solution, but it is a way to cope with how bad things can get. It takes on a somber tone of some sort of plead to find a way to numb all the pain surrounding the struggle, which is evidenced by the artists description of the song: “A man blames the world for his problems and heres a voice in his head telling him to keep drinking” 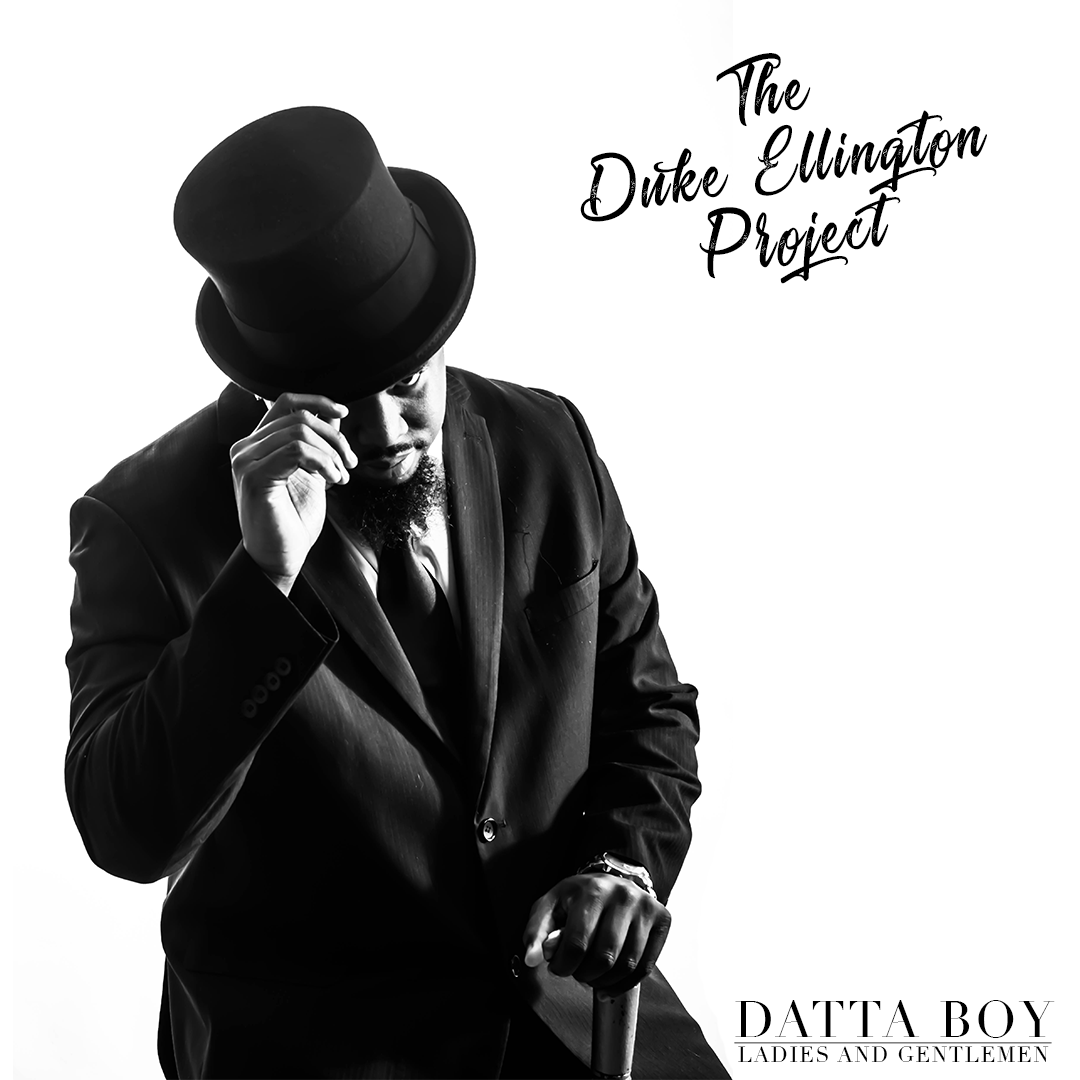 Bio:  Datta Boy is a multifaceted artist from Los Angeles California. He began rapping at the age of 11 and ever since then he has had a love for music. He took a break from music to pursue a career in football. He played college football at The University Of Nevada Reno where he Played Fullback for the Wolf-Pack and also played for Southern Utah University where he was a hybrid blocker for the Thunder Birds (T-Birds). After he graduated from Southern Utah University, He played a year professional football and called it quits. He returns to his love of music. He has one mix-tape out called “Black Ink” and 3 music video out called Fell So Far, A Wave Of My Own Prod. & Feat. Ronny Bueller and THREAT which were all directed by Ralph Laurence Mariano and his assistant director Jose “No-Face” Quintanilla. Datta Boy is cousins with actress and R&B Singer Rhyon (Surviving Compton, Lincoln Heights,Get Rich or Die Tryin’) who has a hit single on the radio “California” and her older sister R&B Singer RaVaughn( Better Be Good, Best Friend).

“The video expresses my contentedness with my surroundings, with my day-to-day life around family and friends, being what I value most”  – Rageouz

This is really a fascinating video with a first person walk through a life, with some really inventive effects. At its heart, it’s a really calming look at a day in the life of someone who is “alright.” There’s not a ton of trauma or drama, it just feels right. I think we can all learn to look around and appreciate our lives for what they are: a good time with some friends, time spent with family, a pretty drive. “How could I complain?”

Bio: Hailing from the stomping grounds of East London’s Canning Town, Rageouz’s musical journey began at the age of just 11. Raised on a healthy diet of UK Rap legends and inspired by the likes of Kano and Dizzee Rascal, his curiosity was sparked. Bursting through with his debut ‘Outchea’ followed by his freshman mixtape Hell’s Angel, Rageouz has displayed an unwavering work rate. His innate hunger and skill at delivering has led him to be featured on GRM Daily’s ‘Next Gen 10’ alongside artist such as Avelino, Bonkaz and A2 and he has released a string of successful projects including ‘East Side’, his ‘Ethos’ EP, collaborative project ‘Back 2 Da Future’ with Preacher Soul and ‘On The House’.

Contagiously creative and enthrallingly enigmatic join Rageouz on his latest pursuit and get to know the exciting new prospect of UK music.

Want to hear more? Check out these songs and more on our August TOTD Playlist.

We also just released a new podcast today, you can check that out here: Episode 18: Existentialism (Part 1)

Join Seth and Caleb (who had some sound issues) as they discuss free will, Ghosts, Omniscience, tyranny inspired punk, and as always, the best new music you’ve never heard of.