I really have to work on taking the title’s advice here. This video is so much fun. I mean, maybe fun is the wrong word, considering the subject matter that finds its way into the video (natural disasters, protests, global warming, etc.) But it’s also offset with zen-like imagery, and trippy visuals that make it one of my favorite videos of the moment. Let’s dive into some of the lyrics real quick, in between eating bullshit and emotional dissonance (if you don’t get that reference, go back and re-watch the video, hell re-watch the video anyway):

“Lighting a burned bridge between me and the purpose I’ve made,
But in my~ smoky haze I’ve forgotten to replace it’s arcade
Every game I’ve ever played engulfed by flame, left to fade.
No one’s insane we’re each of different makes which are arcane

Here’s a short list of things that are bothering me at the moment:

I’m going to do my best today, because of this song’s inspiration, to slow my brain down and “just breathe.”

So regardless of the thing that’s bothering you right now, hopefully you can put this video on repeat for a bit, and take a short vacation from it. 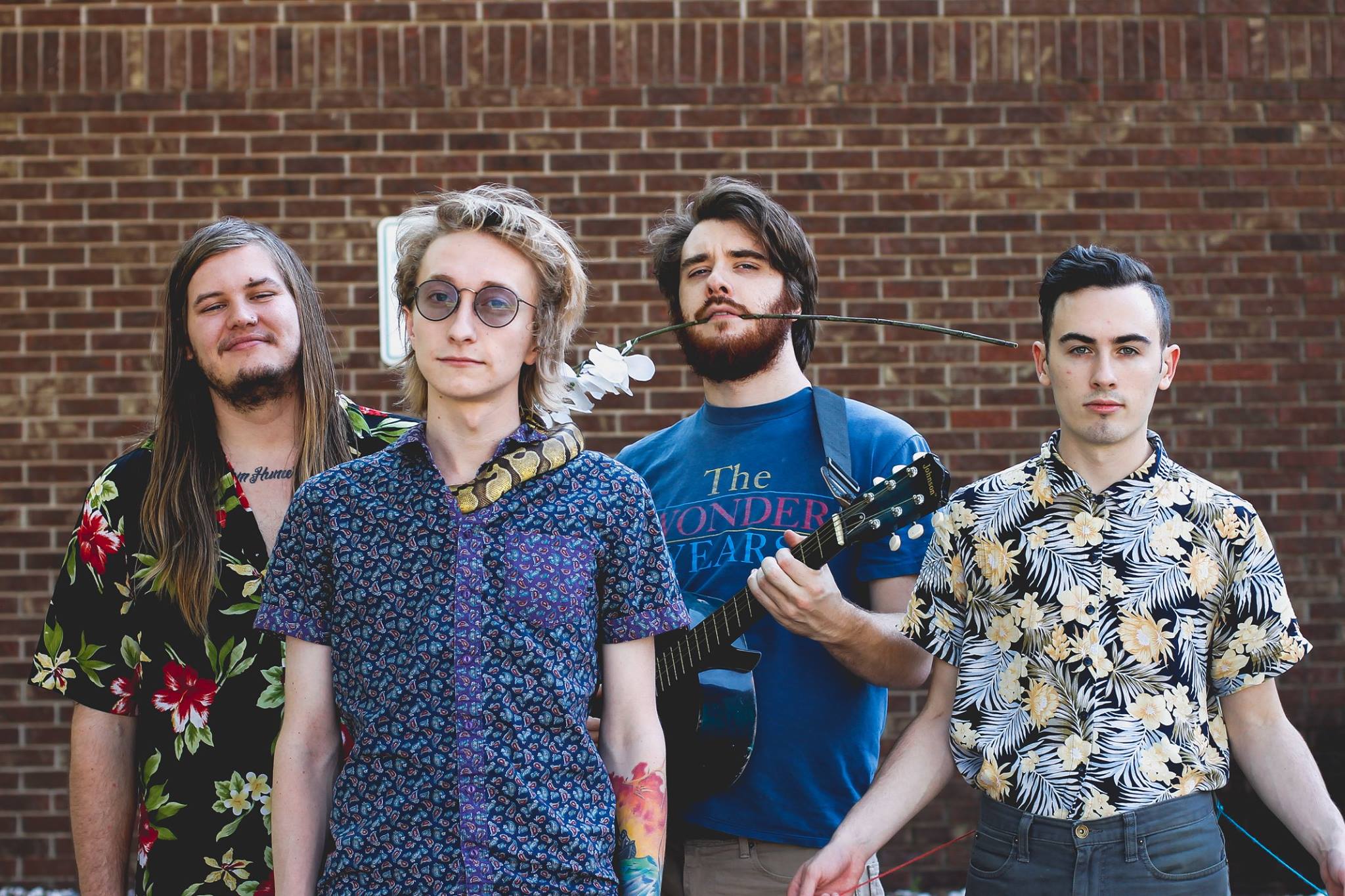 Bio:  “Couch Jackets sounds like an alligator’s eating us,” reads the explanatory note on the Little Rock, Arkansas quartet’s Bandcamp page. Fans of the band have become accustomed to this sort of irreverence – these are funny guys, and they lead with their personalities. Yet it’s not just a joke. Listening to Couch Jackets can be like entering a whirlpool: songs don’t behave the way you expect them to. They come at the listener with manic energy; they twist and turn, shiver and shake, and no matter how playful they seem, they always carry with them a whiff of danger.

We suppose that if we were asked to be particular about it, we could try to classify Couch Jackets. Given their ambition and the idiosyncratic nature of the music they make, it’s fair to call them a progressive rock act. Their emphasis on texture and love of experimentation aligns them with the neo-psychedelic movement, and their supple grooves are redolent of classic ‘70s pop. There’s even a hint of country music somewhere in the mix. But we don’t think we’ve ever heard a band combine its influences in quite the same way. Go To Bed, the group’s most recent set, was made in Nashville, and it’s the fullest realization of their visionary sound yet committed to record. It somehow manages to sound more polished than their prior recordings while preserving the primal chaos and sense of fun that has always distinguished the band. We have no idea how they’ve pulled off this trick. Like so much about Couch Jackets, their methods are shrouded in mystery.

Just as the band has developed a singular sound, they’ve come up with a visual aesthetic that’s wholly theirs – and that matches the music perfectly. For a still-new band, Couch Jackets have made a lot of videos, and they all display the group’s inventiveness, imagination, and sense of humor. Consider, for instance, the clip for “Don’t Think Just Breathe”, which manages to satirize obsessive news-watchers, cooking shows, reality television, and the act of eating dinner.

Looking for more music? We’ve added this song and more to our September TOTD Playlist.