This is a new edition of The Flock. People who love Indie/Alternative Rock are going to find so much good content in this post. What is The Flock, you ask? The Flock is an idea that we had to help fans of a specific genre find multiple bands they love in one post. It helps us provide value to you, the reader, by putting more of what you want in one place. It also helps the artists. Fans of their music come to the page and become fans of other similar artists, growing their fan base more efficiently. It also helps artists connect with other artists who have a similar feel, so they can help each other out, work together, play shows, etc. Our goal here is to help promote artists that we believe in and want to see succeed. The Flock is a great way to help with that, and we’ve seen some really cool things happen because of it. Let’s get into this edition of The Flock.

Bet you weren’t expecting that change up at the 30 second mark. It’s what immediately got me in interested in this song. What makes it even more impressive is that this is basically just two guys making all this awesome noise. The lyrics have a bit of a grunge/punk element to them. Let’s look into some:

For the most part the lyrics are a bit ambiguous and abstract, but the general feeling I get is a reflection about what people disagree on, and who is benefitting from the disagreements. “they place us where they want to, place us where we collide.” 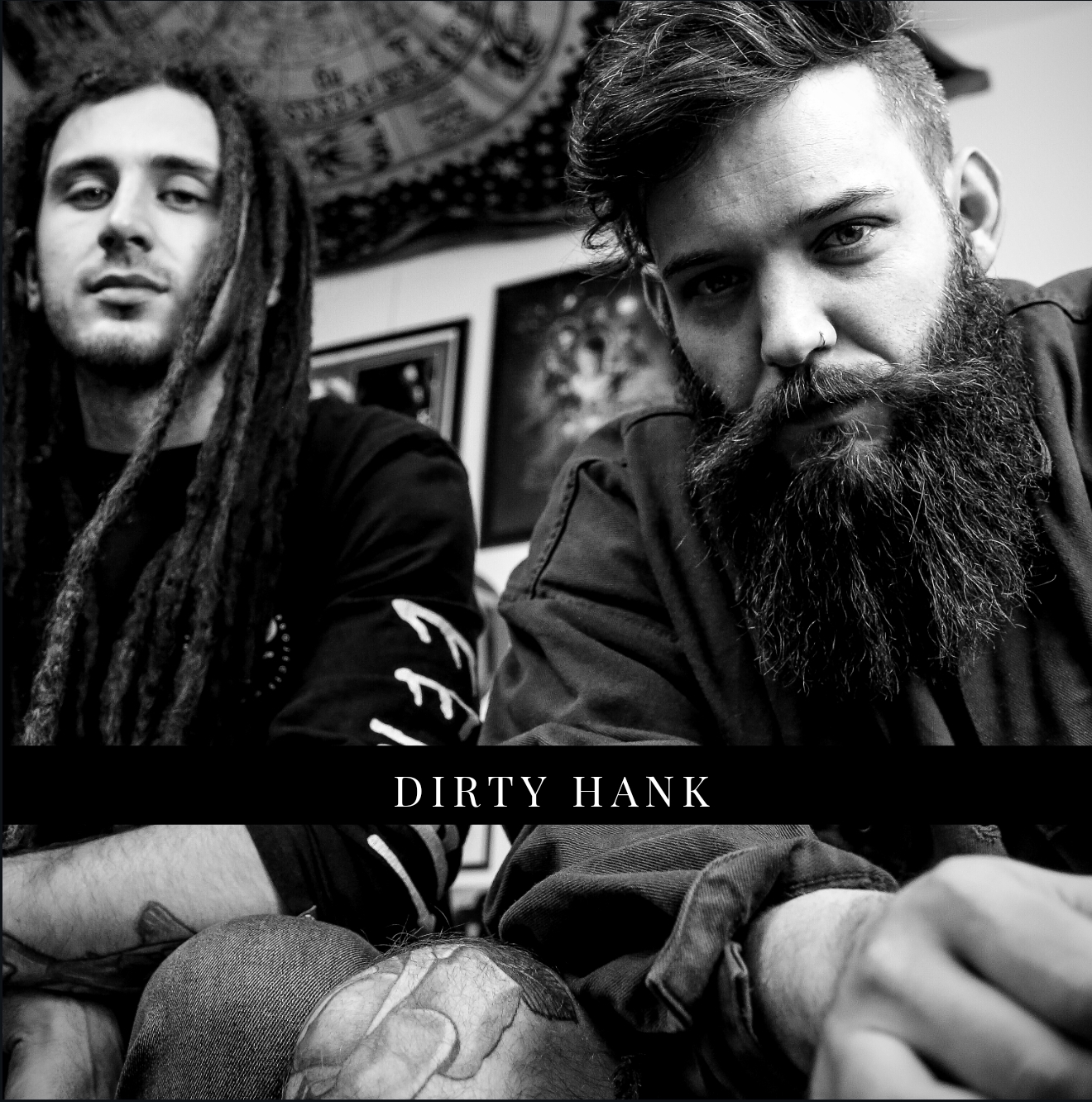 Bio: “meet dirty hank hollering two piece groove grunge duo from stevenage hertfordshire uk. with booming vocals and beat, riffs to punch teeth out to, imagine your favorite dive bar transformed into an LP, then it would sound like slip my mind, the debut album from Dirty Hank”

Ursa Major mixes elements from prog. rock/psychedelic artists and spoken word/hip-hop, among many other genres. The instrumentals remind me a bit of TTNG, and maybe some early Portugal. The Man while the vocals go from Beastie Boys, to Minus the Bear, to Fort Minor. All of these elements combine together to make something entirely unique. The lyrics themselves are perhaps my favorite part in a song full of favorite parts. Since they are rattled off so quickly, let’s dive into some:

“No one told us a tattoo always itches where the lines are the thickest
Still, I never forget how quick life can slip into a thicket, and flip in an instant, hanging my legs off the edge of a ledge to test my existence, whoa! I’m in love with living!
Been digesting drugs, my tongue is feeling like a million bucks!
Music grooving through my lungs initializing meditation,
self-medication at its finest”

It definitely has a bit of a stream of consciousness vibe that doesn’t necessarily lend itself to one overall theme, but instead to several images that are relatable, and expand your own understanding of the world around you.

“This song is written about my sporadic struggles with Agoraphobia and how I may sometimes not be able to leave the house for days/weeks at a time. During one of my bad moments, I put a microphone in my room and recorded this song. It is written about how depression and mental health can ruin everything about being a young adult.”

This is the statement we got from the artist about what the song is about. It’s really what art is all about for me. A therapeutic expression of the human experience from a single speaker, that multitudes can relate to. Let’s dive into a couple of those lyrics:

“I’m checking Facebook again,
It just reminds me I have no friends
My attendance is so poor
Yet I can’t get up off the floor

I don’t know about you guys, but me and most of the people I know my age, have had this exact day. I had dozens of them throughout college. There is an overwhelming restlessness to being inside, and yet a complete lack of drive to actually step out of your door.

Bio: “College student living in Bristol, UK. I’m a self-taught multi-instrumentalist I record all my stuff myself, no outside help. I struggle badly with mental health and therefore spend most my time inside where I enjoy recording my music in my room.

I immediately added this song to my Fall/Winter playlist. It really reminds me a good bit of the vocal style of Mount Eerie, though luckily for my emotions, not quite as heavy. With a song that is so stripped down, the lyrics really stand out, so let’s get into some of them:

“T-shirts, underwear, matching my socks I don’t care.
There’s nobody like me
Living in a silent film
nobody is listening to me
They don’t know what they see

I love how ambivalent the whole song is. It’s not “sad” per se, but it feels like depression. What I mean by that is there is a numb apathy to the whole thing. This, along with the lilting vocals make it perfect music for a rainy/snowy day. If you stuck around for 2:40 or so, you get this emotional breakdown that feels like the guitar itself is trapped inside this refrain. “Everything is going to plan, nothing is going to plan.”

Bio: Lovechild of a wayward New York boy and the city of Nashville, Sundaes survives on McFlurrys, Steel Magnolia’s and the complete works of Lana Del Rey. The band draws influence from a combination of early oughts’ indie rock, blues, and genre assorted hits or all eras. Dancing among the kings of country, a queen does her best.

The band made their performance debut in the spring of 2015 with a set of two sold out shows at the Chelsea Hotel Storefront Gallery in New York. Fall 2015 the song “Walk My Street” appeared in the soundtrack of Best Picture Winner Spotlight. Sundaes’ self-titled debut EP was released July 2017. “Pretty Wife” Sundaes first single of 2018 was released May 18th. “Talking” followed June 12th. More to come soon!

If you are listening to all of these songs in order, you’ll notice a pretty dramatic shift in tone with this one. I mentioned the previous song is good for a rainy/snowy day, well this song is a sunny summer song through and through. It has a “no worry” attitude that proposes that any problem can be solved with “hard lemonade”. And honestly, that’s the way I feel in summer too. It’s not really that my problems disappear, but they just don’t feel as heavy with the sun shining on your face. Now, I don’t have a full version of the lyrics, so I’m not positive that there isn’t some subversion of this idea, especially with the title “Carried Away”, but nonetheless, the image of driving down the PCH with these pop vocals, will keep me from focusing too much on the negative until the leaves start to fall around here.

Bio:  Singer/Songwriter Chord Overstreet grew up in Nashville, Tennessee, in a musical environment with his parents and 5 siblings. His father, Paul Overstreet, is a two time Grammy award winner and the recipient of 5 BMI Songwriter of the Year awards.

Known for his critically acclaimed role as quarterback turned glee club member Sam Evans on FOX’s Emmy Nominated and Golden Globe winning series “Glee,” Chord graduated from high school in 2007 and moved to Los Angeles to pursue a career in singing and acting.

In 2015, Chord, who plays the piano, guitar, and drums, became the first artist to be signed to Demi Lovato, Nick Jonas, and Phil McIntyre’s Safehouse Records, a joint venture with Island Records. Most recently, Chord released the remix of his single “Hold On” with Dutch DJ duo Deepend which debuted at #28 on the iTunes Dance charts. The original version released in February was heard in the series finale of the Vampire Diaries.

Currently, Chord is working on his debut album set to release later this year.

This one features another vocal style that is so unique and interesting to me. With the title “Undertow”, I can’t help but think it feels like it’s slightly underwater, either physically, or metaphorically underwater as the world, the media, the future, washes all around the speaker. The video itself lends itself to this underwater interpretation, and the lyrics that flash at the bottom of the screen seem to suggest a wanting to overcome this underwater feeling. But the protagonist of our video sits on the couch, with a TV glow on his face, and a wine glass in his hand, mentioning how tired he is of drowning, while he drowns. This is what the artist says about the song:

“”Undertow” has some of my favorite lyrics from the record -“I will burn a hole in your head with your own cigarette” sounds like a growl line from a metal song, but in Undertow it’s a falsetto.To me, the song sounds like a macabre, ring-leader from a circus is singing the verses. It’s playful and solemn at once. Playing it live we get pretty psychedelic. It’s a fun track and also one of the only songs on “Wilt” to feature an acoustic guitar -which is ironic, considering it probably has the most production. Cody Bowers”

I know I would love to see this song live. I can just imagine how grandiose the whole thing gets. You can check out their website: https://www.mammothindigo.com/ for tour dates. I’m aiming for the September date in Boston.

Bio: Mammoth Indigo is an American indie rock band who’s members reside in Richmond, VA & Charlotte, NC. In 2013, they released their debut self titled album. They have toured with Taking Back Sunday , (You Blew It?), The Soil & The Sun, Joey Cook, and have headlined their own tours around the U.S. Mammoth Indigo is currently focusing their energy on their new single “Flowers In The Basement” and the upcoming release of their sophomore album ‘Wilt’.

I was trying to narrow down the lyrics to post, but then I just couldn’t stop adding stuff, so here’s half the song. This is a classic “rambling man” sort of song that I absolutely adore. It hits perfectly on the dynamic within many people (including myself) to be a free spirit, and to be in love. He seems to want to warn this lover that loving him will only end in pain, but he also really wants her love. It’s a tough predicament to be in, and this song perfectly captures it. 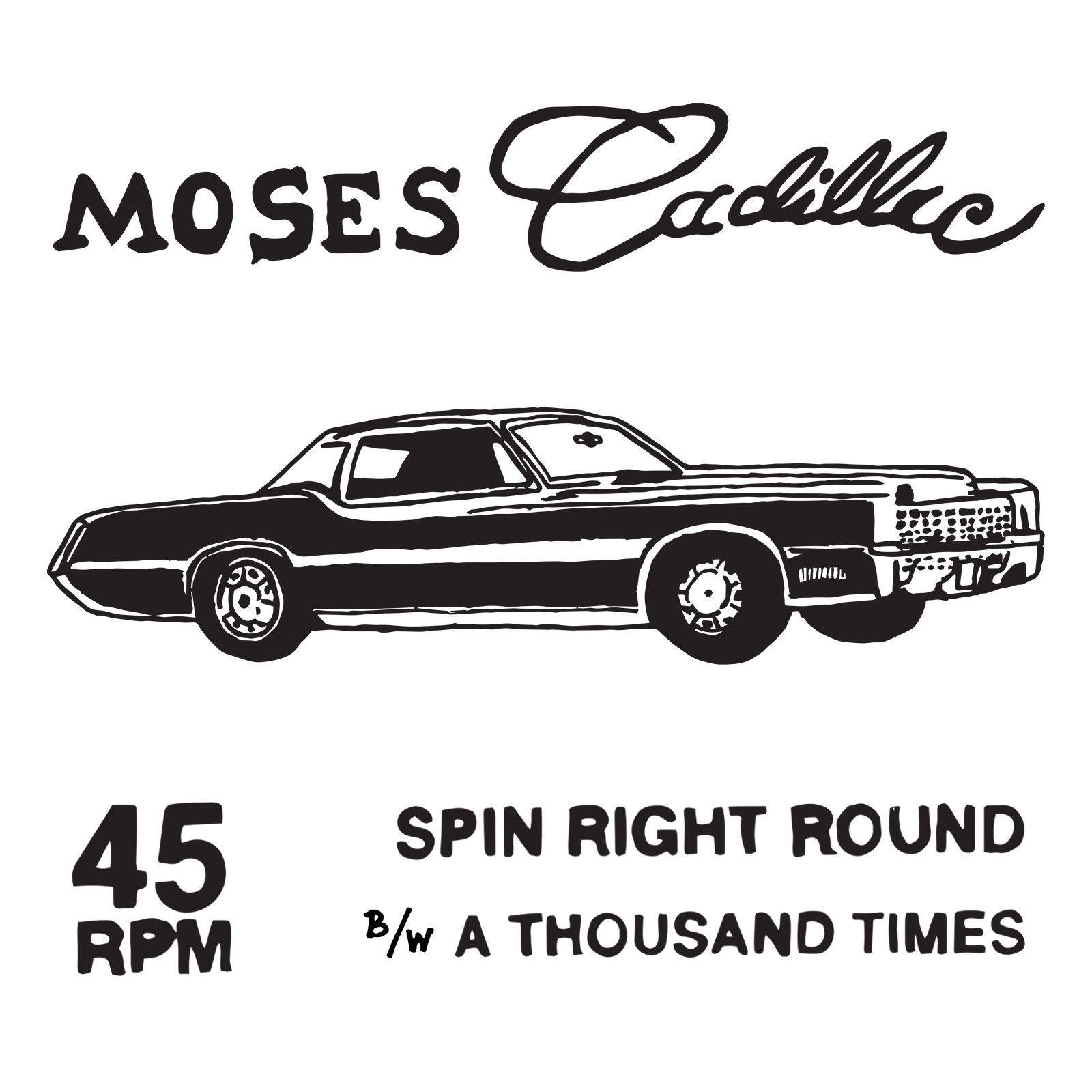 Bio: Moses Cadillac is based out Oakland, CA, where he runs an analog recording studio and makes music with his friends. He was raised by the rolling hills of California and the city streets of Montreal, Troy, and Oakland. A self-taught producer, musician, and songwriter, the sound of Moses Cadillac is always raw, unassuming, and comfortably brand new.

Want to hear more? These songs and more have been added to our August Spotify TOTD Playlist.