These are our favorite new songs of the past couple days. Every song has been released within the last 48 hours, so you can tell your friends about not only new artists, but their new songs that they’ve never heard.

Wow. Those vocals are incredible huh? This is actually a solo project from an artist with some really impressive songwriting credits already, including Rihanna’s triple-platinum smash “Love On The Brain” from ANTI, among many other chart-topping hits. There was direct attention to get a analog and classic vocal track out of this, a la Muscle Shoals, and it was completely successful. This is a vocal talent that is sure to blow up in 2018, and you heard it here first. Angel is a self-made man, working several jobs to bankroll his passion until landing song writing credits for many great artists. Now he’s ready to start his own career, and I can’t wait to keep getting chill bumps from the way he playfully hits every note in the register.

Check out this debut single from Trevor Myall. He sings with a confidence and production that would have you never knowing that this is his first official release. The song at it’s heart seems to be a plea to someone who inspires the speaker:

“Guide me home, guide me home
I know you’re there, my ocean flare
My firework, when the whole world hurts
You light the dark
Pyro heart”

Whether this is a real person, an ideal, something spiritual, I can’t say, but I think we can all relate to a meditation on what inspires us, and seeking more exposure to it.

Bio: Blending the worlds of both folk and electronic, Trevor Myall’s debut single delivers an impressive vocal steeped in raw emotion, soul and a melody that drifts between the light and darkness of self-reflection. Pyro Heart is an honest cry for help, with lyrics poetically showcasing the singer’s influences of indie & folk music through a tale of hope and despair. With production from The Swoons, the music brings out a refreshing blend of both electronic and organic elements. A combination of orchestral textures and angelic choral riffs create a refreshing backdrop to the lead single from the upcoming One Way Ticket – EP due later this fall.

How beautiful is this song? If you are going to make a modern song with primarily a piano and vocals like David Gray or something, it has to have 2 essential elements. 1. Great vocals. Check. 2. Beautiful lyrics:

Check. At it’s core the song seems to be a bit of a post-modern fueled look at materialism and what is “real”. I really love the upside down barcoded American-flag as the album cover, because it captures the plasticity of experience that is so inherent in these lyrics:

Bio: Fox explains, “In 2017 I moved to Canada for a year. Eventually, my passport ran out and I came back to the US. ‘Shadowland’ is a protest song about myself. I’m protesting my hypocrisy, my lack of empathy, my greed, my loneliness, and my complicitness to everything my taxes go toward. It’s easy to protest other people or institutions. Look in the mirror and protest yourself. That’s ‘Shadowland.'” 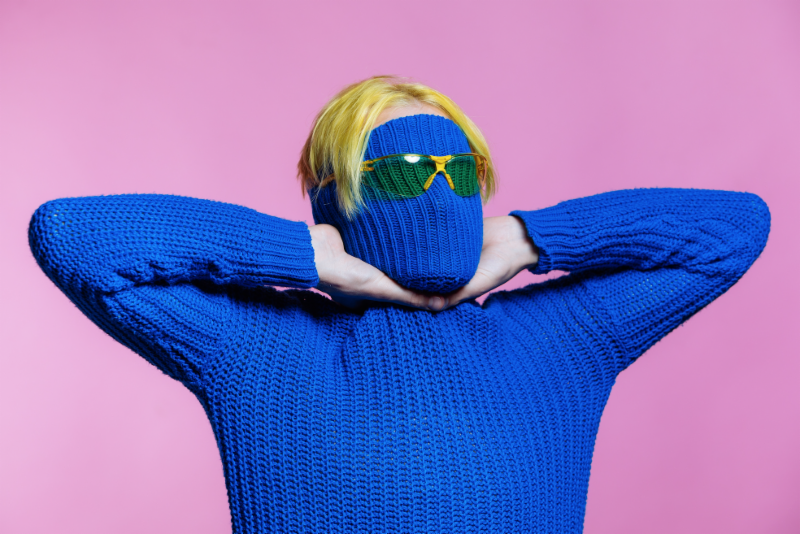 After moving to Montreal from New York after the 2016 election, Fox created the alter ego and made a full length album based around the character. It was pieced together from recordings started in Montreal, New Jersey, Oregon, and Norway.

With a simple tagline: “the world’s first all ginger band finally takes center stage,” the aptly named Gingerbomb has created one of my favorite songs of 2018. The vocal harmonies and layering in the song really stand out to me as a perfect blend of folk/americana with easy listening classic rock. The band describes the theme of the song as: “Wildfire is the lead single from the forthcoming debut Gingerbomb record. The Song represents female empowerment – celebrating someone who walks her own walk, in confident in who she is and who everyone wishes they could have a little piece of.”

Bio: From the boroughs of New York City, to the shores of Los Angeles County, gingers are often seen as a scare commodity. However, against all odds, seasoned musicians Megan Burtt, Sara Dee, Zach Berkman, Tod Livingston and Ryan Vaughn miraculously united to form the world’s first all ginger based supergroup – Gingerbomb.