The Flock is an idea that we had to help fans of a specific genre find multiple bands they love in one post. It helps us provide value to you, the reader, by putting more of what you want in one place. It also helps the artists. Fans of their music come to the page and become fans of other similar artists, growing their fanbase more efficiently. It also helps artists connect with other artists who have a similar feel, so they can help each other out, work together, play shows, etc. Our goal here is to help promote artists that we believe in and want to see succeed. The Flock is a great way to help with that, and we’ve seen some really cool things happen because of it. Let’s get into this edition of The Flock.

*click on the artist’s name to go to their page*

There’s nothing new under the sun, and there’s also nothing new about us falling in love with a Jamar Carr song. If you aren’t familiar yet, or you’re new to the blog/podcast, this man has been featured on the blog more than any other artist. He is a great writer, has a smooth cadence and flow, and is looking to use his platform as a rapper to bring to light topics that bother him. He doesn’t want to talk about the money, the fame, the cars, etc. He’d rather talk about racial inequality, the economic divide, and the struggles of turning nothing into something and breaking out of perpetuating cycles of poverty in areas of the country that the government has forgotten about. We love bangers as much as the next guy here at B-Side Guys, but it’s a lot harder to talk about from a lyrical standpoint. Jamar makes our job so easy by giving us insightful and thoughtful lyrics that tell the story of a man who is out to break the cycle that this country and that his neighborhood are both in. 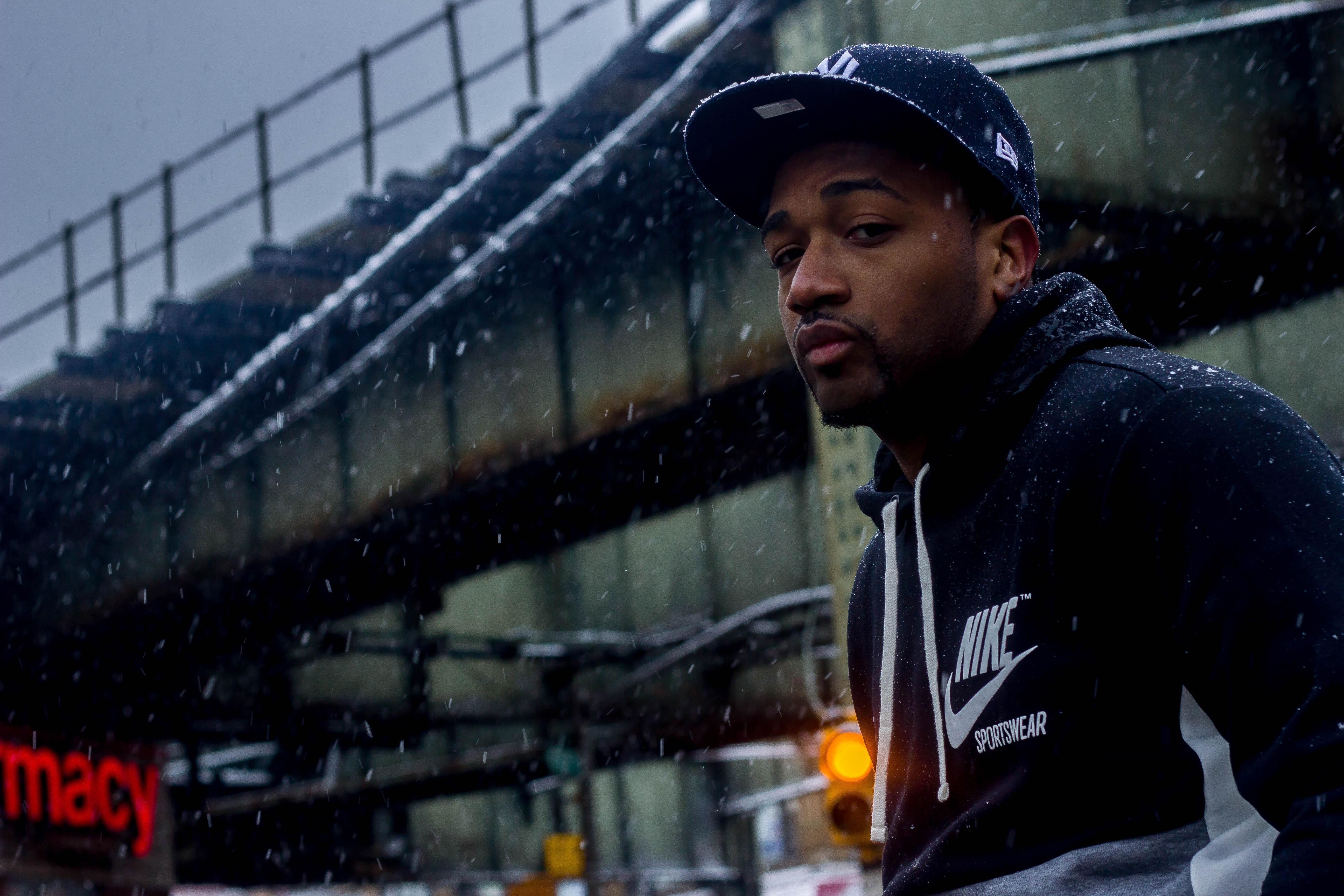 Makk is the Lebanese Earl Sweatshirt. He even has a nod to Earl towards the end of the track. Lyrical melancholy hip-hop is something that we here at BSG absolutely love, and Makk is doing it at a level that can compete with anyone. What I believe the key to his sound is, is the fact that he doesn’t view his songs as songs, but as therapy. He has things he wants to say, or at least write, and this is his way of getting it out. When artists view their music this way, the emotion in their songs is palpable. Andy Hull, my favorite artist on this planet, said something to this effect. He said that he writes his songs not to fill an album, but to empty his mind. Every word has a purpose, and every song has a story. That’s not a direct quote, but it was the sentiment behind his words. Makk is an artist who writes in the same vein.

Who the hell directed this video? Give that person a raise! The trip is strong with this one. I’m not trying to tell you what to do, but I’m saying you should definitely enjoy a little bit of extracurricular activities before sitting down to watch this one.

NGHTMRE brings an absolutely slick track that perfectly compliments Pell, creating two fully formed and complete tracks in a 4 minute period. When Caleb told me about the transition at around the 2 minute mark, I kind of laughed and thought that there was no way there would be two fully fleshed out ideas and songs; I don’t mind admitting when I’m wrong. I’m wrong. This song(s) is so well rounded, and it is a perfect balance of producer/artist. Pell puts his trademark rapping style on the track, mixing up his cadence, switching between rapping and singing, and letting his unique timbre come through. NGHTMRE may actually be the feature here though. I’m usually a lyrics and vocals guy, but I don’t remember a song that I’ve listened to recently that made me audibly yell, “Yoooooo.” What NGHTMRE put together at around the 1:04 mark is so cool. For that reason, he gets the nod from me, but these guys both worked really well together and we hope to see more collaborations in the future.

That line is so good. We listen to a lot of music here, and that is a line I’ve never heard before. That’s just a quick note I had to get out before I did the review of the song. Let’s move onto the track.

Geno Five has written a track that everyone has been or will be able to relate to at some point in their life. He has had a relationship end with his significant other, and it was not a mutual agreement. The man misses his partner, and to avoid having it trapped in his head, he wrote a song about it. I love how he starts the song off by saying that he may appear fine on the outside, and he may even try to convince himself that he’s fine, but in the end, his feelings still eat him up inside.

Feels is the only thing that keeps it real
Cause you can fake who you are
and what they see,
But you can’t fake what you feel 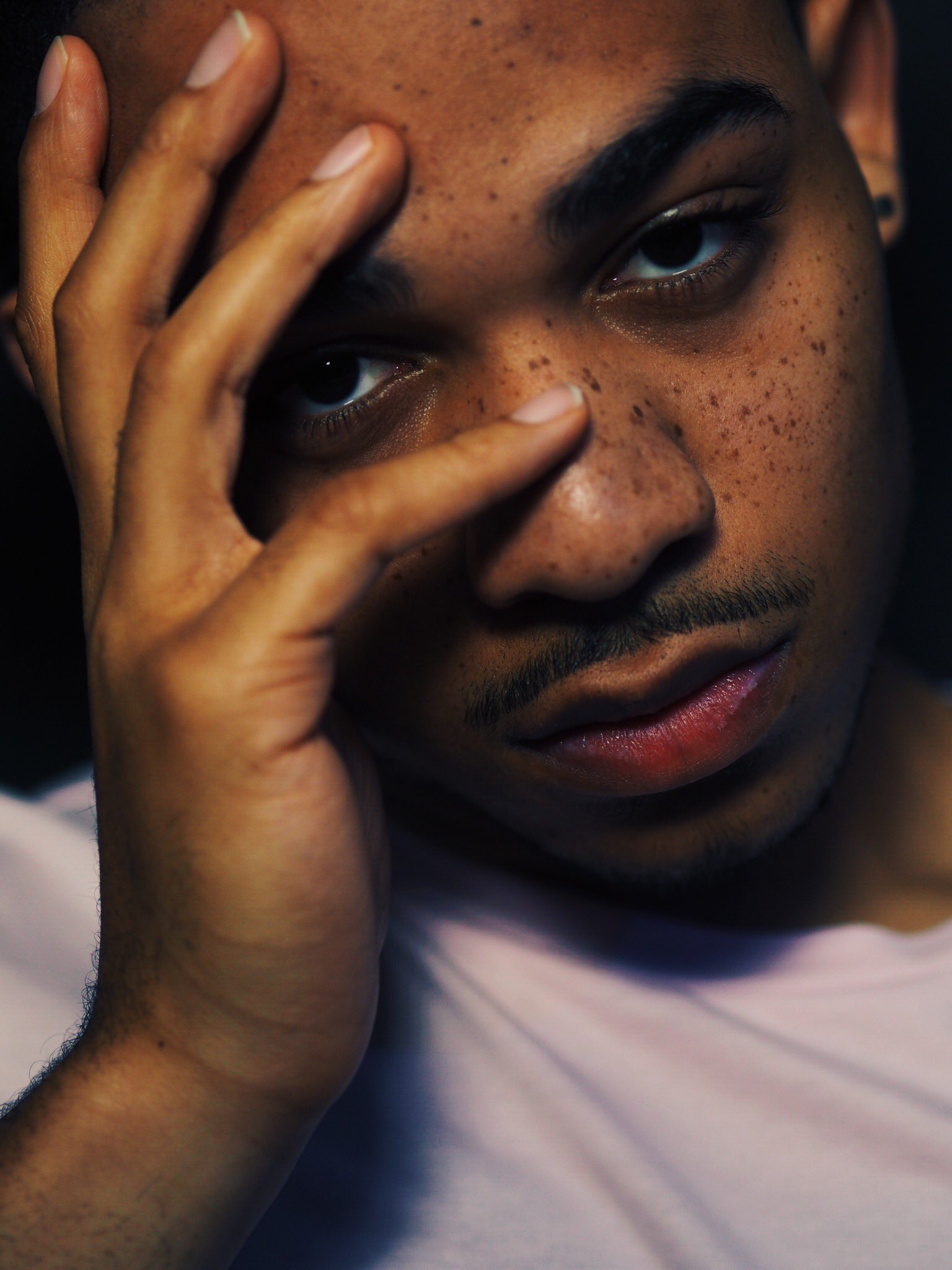 With a smooth cadence, a timbre that bounces between silky smooth and perfectly rough edges, and a beat that makes your head bounce and your lip curl, Geno Five has a track that is making it onto playlists ranging from hip-hop lists to breakup lists, which is a pretty hard feat to accomplish.

This flock is coming together to be one of the most eclectic lists while still remaining in the genre. Obi Khan brings that MC lyrical flow that’s reminiscent of a smoother Eyedea and Abilities. One thing that is wild about these guys is the difference in their voices. You go from a deep gruff voice to smooth rap that teeters on the cusp of singing. Lounge piano and turntables create a beat behind them that has enough variance to keep you engaged, but never detracting from the main event, the MC’s. This is the kind of song that makes me want to start skateboarding again. Then I remember I was terrible at it then, and I’d definitely break something now.

This is that pharaoh music.

With an ethereal beat, off-balance flow, and vocal inflection for days, Darien Fields has something real with his track, Applesauce. He has that perfect blend where he talks on the track, but keeps the flow in line so he can hop back on at any point. The lyrics tell a story of possibly being bumped into a friend zone and being secure in that for now so you can maintain the friendship. The relationship ended, but the friendship is still there. It’s a really neat perspective to write a song from, especially in a genre that is dominated by lyrics about chasing girls, not being happy with the “friend” designation, and being god’s gift to women. Darien’s lyrics are more introspective and honest, citing that it is probably his fault that he is where he is, but he’ll work to fix it.

Squadron full of some goons
So I’m never alone
But if I’m honest with you
I’ll be forever alone, yeah
I’ve been all the way to space and back
Spit a waitress rap
While she was out in Norway
I ran and lost more weight
And after all that
She still wouldn’t take me back
Damn..

Well, I probably wouldn’t either
Kind of a lost cause
I wish I didn’t need her
Wish I could stop, pause and rewind time
I wouldn’t change a thing
I just miss the ignorance
Bliss in the make-believe

This beat is insane. The time signature, the beat, and the flow together are unlike anything I’ve heard before, and that is an absolutely beautiful thing. The beat starts off almost tribal, and takes a sharp left as the lyrics kick in with a deep tone and a cadence that constantly changes. I know at the top of the post we talked about how we look for rap songs that don’t follow the stereotypical lyric tropes of hip-hop. This one skirts that line, talking about how he keeps people that try to fuck with him out of his eyesight, but when you hear something great, you have to appreciate it regardless of the rules you typically abide by. This song is meant to break rules of stereotypical hip-hop and plays on a playground that most artists, regardless of genre, dare to touch. I don’t know Rodagues’ background, but I feel like there has to be some music theory somewhere on his resume.

I saved this song for last for a very specific reason; it tells a message that is applicable across the world. I am someone who goes hard towards my goals everyday, much to the dismay of my family and my brain. This song is a great reminder that you have to take time to breathe. Getting to the finish line isn’t a sprint, it’s a marathon. I know… cheese alert – but it’s so true. Working on this blog is a perfect example. If I was better at pacing myself and took my time to create a steady workflow instead of going 110 and burning out, I would have a much better end result. Luckily, when I’m off, Caleb’s on, and when he’s off, I’m on. A lot of people don’t have that kind of support though, whether we’re talking about a job, relationships, passions, or anything else that can suck you in. 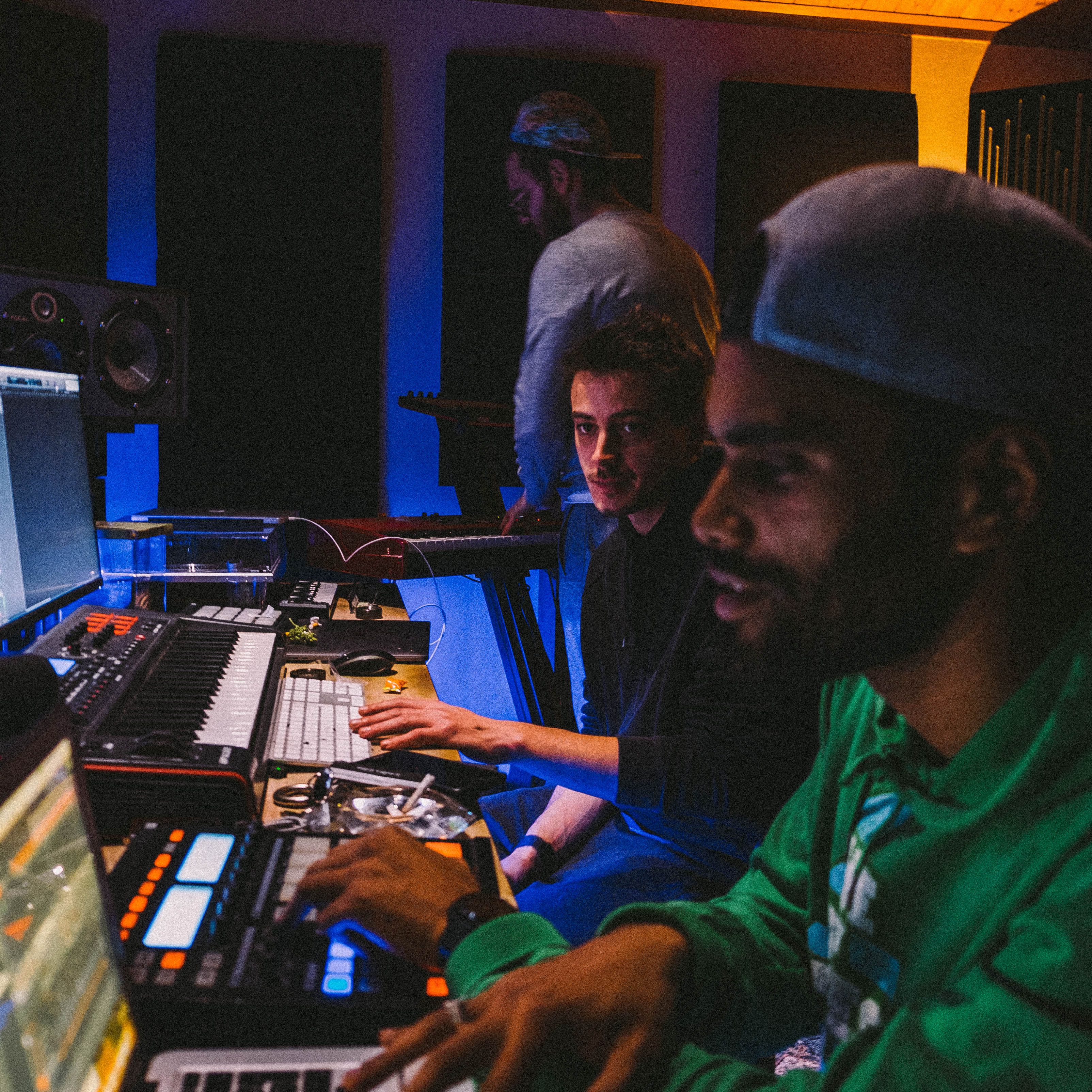 This song is therapy. Lyrically, it is a great reminder that we need to take time to not be a robot and actually behave like a human being, and the beat is so smooth and soothing that it has already been added to my “wind down” playlist on Spotify. With well rounded samples and a flow that fits perfectly in his lines, MRGR has created a track that can seriously pull you out of hard times. Most songs are just songs; this song is more than that.

Alright guys, that’s it for this Flock. Check out all of these artists, buy their albums and merch, and keep track of when they’re going to be in your area.

Also, check out our Spotify playlist that features all the artists from the blog this month.

We have a podcast too. Check it out here.