Well, if you know me personally, which most of you don’t, you’ll know that the Neil Young “Out of the Blue” reference immediately caught my attention. But here, she’s flipped it in a clever way to discuss dipping your feet in the blue ocean, as well as a flipping of understanding, since it follows up showing difference when she says:

And that brings up the most striking thing to me overall about this song. Yes it has incredible vocals that are timeless, but the lyrics really stand out to me. It seems to be setting herself against various men in her life, namely her father. 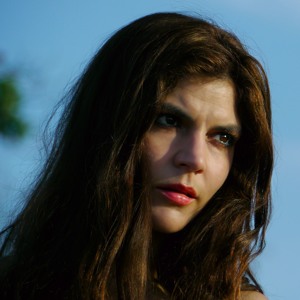 Which might ultimately explain the Neil Young reference. She’s talking to someone of an older generation, her father, in a language he will hopefully understand. She’s trying to acknowledge the difficultly of being a father while also telling her father how painful it was that he wasn’t around, and the impact that it’s left on her, and all the other daughters who’ve grown up without fathers, leaving holes where there should be sand.

Want to hear more? We’ve added this song to our July TOTD playlist on Spotify. Check that out here.