Described briefly as “A musical rarity about the forbidden love between man and cactus,” Djo Life has our vote for best Cactus love song of the year. The video has a unique, draw as you go sort of style to it, with, you guessed it, tons of pictures of cactuses, cacti? Of course, as you might expect, love between a man and a cactus has it’s complications, including pricks of the hand, that result in blood spilling down into the pot the cactus is housed in. 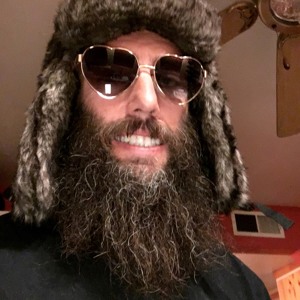 “Djo Life is a one piece band based in the sun drenched environs of Tucson, AZ. Originally hailing from NYC, Djo practiced his song craft in various bands of no great acclaim both in NY and later in Boston’s Hot Wire Zeppo and the very defunct The 520s.  Upon arriving in Tucson to attend graduate school, he continued to pen his unique pop songs(instead of studying) just for personal enjoyment.

Djo treats each song as a singular entity and tries to infuse each song with as many catchy hooks and phrases as possible. “Each song is a lyrical poem with the music as a means to augment the composition into something altogether precious and singular”.   Ultimately, his love of New Wave and Classic Rock seeps into each track as if by osmosis.

Much of 2018 will be spent in the studio working on new material released one song after another. New releases can be found at djolife.com”

I know the next time I’m looking for love stories between a man and an desert plant, I’ll be visiting djolife.com for sure.

I don’t know if you know this, but we released a podcast episode yesterday. You can find that here.