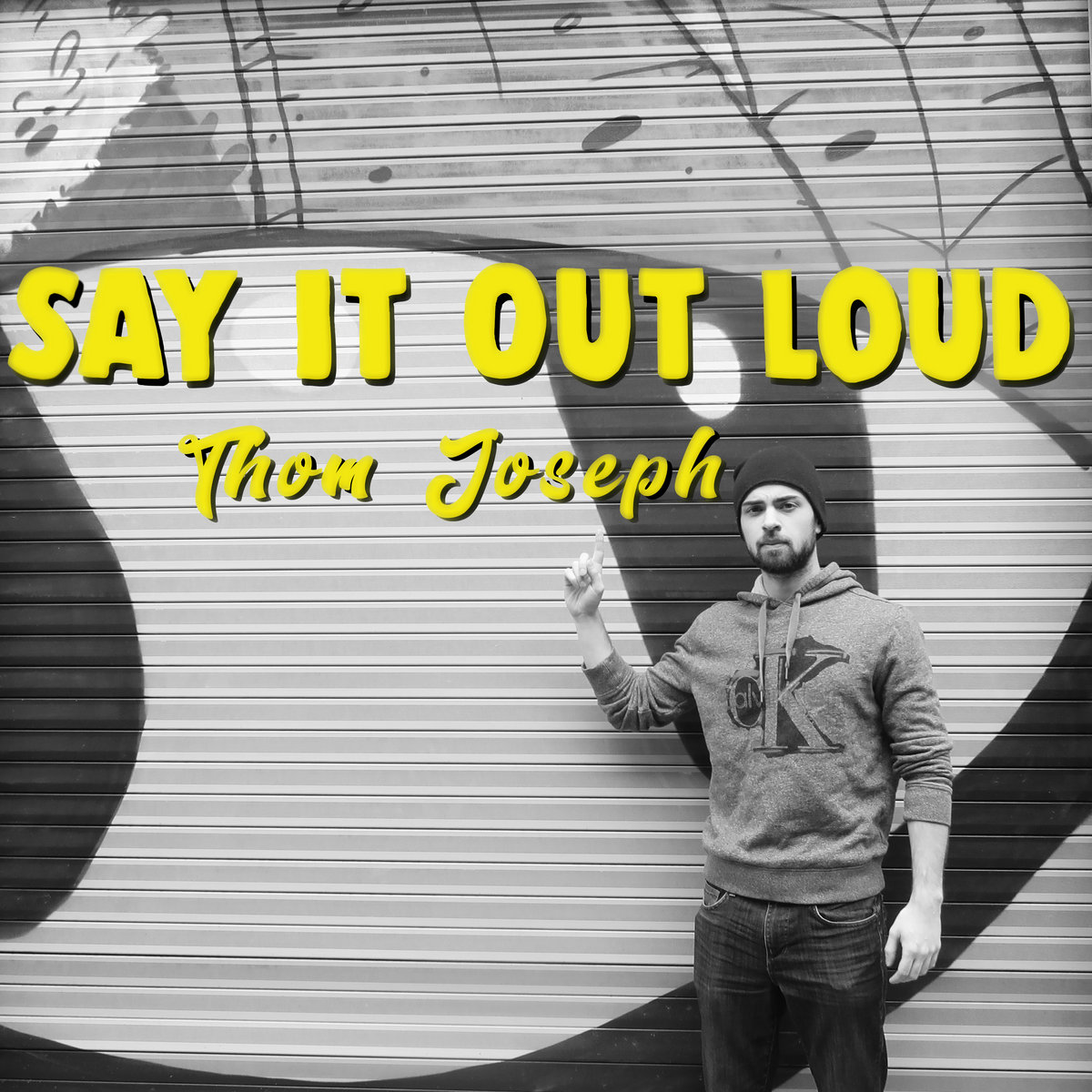 Hey guys! I had the opportunity to do an interview with Thom Joseph who was recently featured on our newest podcast episode about Secrets. You can find that here:

You can read the interview with this awesome artist below:

Seth: With the theme being “secrets,” we’re wanting to send you a few questions that go with that theme.

What is your smallest secret? Something that’s fairly inconsequential, but people don’t know about you.

Thom: Thom Joseph isn’t my real name! It’s just a stage name. “Thom” would be too douchey of spelling for a real name anyways.

Seth: Is there a time you found out a secret and you wish you hadn’t?

Thom: I had friend(s) come forward about a high school ex frequently hitting on them while we were together. This was years after we had broken up. We broke up because she cheated, so I could’ve saved some had I been told me sooner.
Seth: Do you have any “secrets” to success for other creators? Advice for other artists?

Thom: Persistence really. My top song is at about 420 streams (lol) on Spotify so I can’t call myself too much of a success yet. But, I do get paid for my shows around town, and some are at some pretty killer venues these days. This has all come from consistently getting out to open mics/jam sessions/shows, playing my stuff, and genuinely getting to know people. And now, there’s plenty of content in the pipeline.
Seth: Does your family have a secret recipe? If you do, what is it?

Thom: My great grandma used to make these rad Christmas cookies that apparently only my mom can make now.
Seth: If you had the funds to build a secret area like the Bat Cave, what would you want to store down there?

Thom: Interesting question. I’m all about the cloud, so most of everything I value is available on some SaaS out there. But, a bat cave full of crazy music equipment would be fun.
Seth: What do you think is the biggest conspiracy that the government is keeping secret from us?

Thom: I bet there’s more governments than just Russia with troll farm operatives. I bet almost all posts on the internet are sanctioned by government bot farms getting paid to sling shit at each other. This is a dream job for me. Also the moon landing was faked and Transformers are real.

Caleb: You mentioned in an early email to us that you moved away from home and kind of had to build as an artist in an “unfriendly city”. Can you tell us a little more about that?

Thom: In 2016 I moved from Cleveland, Ohio to Seattle, Washington. I don’t think there’s a better example of a US city known for not necessarily being warm to transplants, considering the “Seattle Freeze” and all. It took me quite some time to get situated, and initially I hadn’t been dabbling in music, so it took me a minute to meet new people. Once I got out and involved in the local music scene, things started to fall into place. At one point, I was playing 3 open mics a week after work, and I still try to do 1 or 2 depending on shows. However, there were plenty of personalities I didn’t quite mesh with, but over time I’ve been able to meet the right people to put the right thing together. It was (and still is) tough feeling like an outsider in something self-proclaimed as an “all-encompassing, loving and free” environment, when that’s definitely not the case at times. Few things irritate me quite as much as fake love. Bitterness aside, being involved and making genuinely great friends in the Seattle scene has been an awesome and (hyperbole aside) life-changing experience. In addition, the move forced me to get on social media more, as it’s easy to talk to someone you click with at an open mic, and then never see them again. It’s also helped with keeping up with old friends back in Ohio.

Caleb: What’s the next thing you’re working on?

Thom: The next big thing I have coming up is a brand new single called “Confidence”! I’m following up my debut EP “Say It Out Loud” with this song. I wrote it after I submitted my EP to a bunch of blogs via SubmitHub, and wasn’t quite ready for the steady stream of rejections I got. I started to feel a bit like I was wasting my time and that I wouldn’t get over the hurdles needed to get more exposure. At the same time, a couple people close to me express their own unfounded insecurities, and I realized that we are all a bit too hard on ourselves these days. We all just need a bit more confidence! Fun fact: the main four chord progression contains an Augmented chord. Why it works, I have no idea, but using it makes the music theorist buried deep within me quite pleased.

Caleb: Most definitely. And we will be linking to that single on our social media pages as soon as that drops. Do you have any plans to collaborate or form a full band at any point?

Thom: Yes! Currently, I have a small pool of other talented local musicians that fill in drums and bass for bigger shows. As well, I feature a couple of talented rappers, singers, and saxophone players on my smaller sets! I love a good collaboration. However, I’d like to move to a more permanent band at some point, as it’ll be key to make the next leap up in terms of the live experience. Besides, I’m constantly coming up with band name that range from very bad to just bad. Examples include (but are not limited to) Thom and the Boyz (where every member but me is a girl), Thom and the Sexual Innuendos, ThoJo.

Caleb: haha! My vote is Thom and the Sexual Innuendos. Last question: What question do you wish we had asked?

Thom:  I wish we had in-depth analysis of this year’s March Madness picks, and why I’m convinced that I have created the first ever perfect bracket this year.

Caleb: Oh? Tell me about it.

Thom: Bet on Ohio State, and against all other 63 teams. Ignore the stats, this is the best team in the tourney.

Caleb: Well there you have it folks. Haha. Go check out Thom on our newest podcast and at all the links below: