Hey guys, we are back with our Festival drafts! The ideal for this is for us (and by extension you) to find some artists near the bottom of the lineups (along with 1 or 2 we already know and love from the top) that are must sees at various music festivals. This installment focuses on the High Sierra Music Festival.

High Sierra is a music festival held in Quincy, CA from July 5-8, 2018. It features an eclectic lineup that is sure to hit on several of your favorite genres. Something that is really cool to me is they hold a contest each year where they pick 5 bands to play at the festival. (One of my picks Wordsauce is one of the 5 this year) They also have a huge lineup of food vendors, and even a section that focuses on “body, mind and spirit”, which includes daily yoga, meditation, hoopdancing, etc. All and All if you are anywhere near the Quincy area, it is a can’t miss festival.

Now, let’s get to the draft. Our only rule were you can’t pick more than 2 bands you have previously heard of. 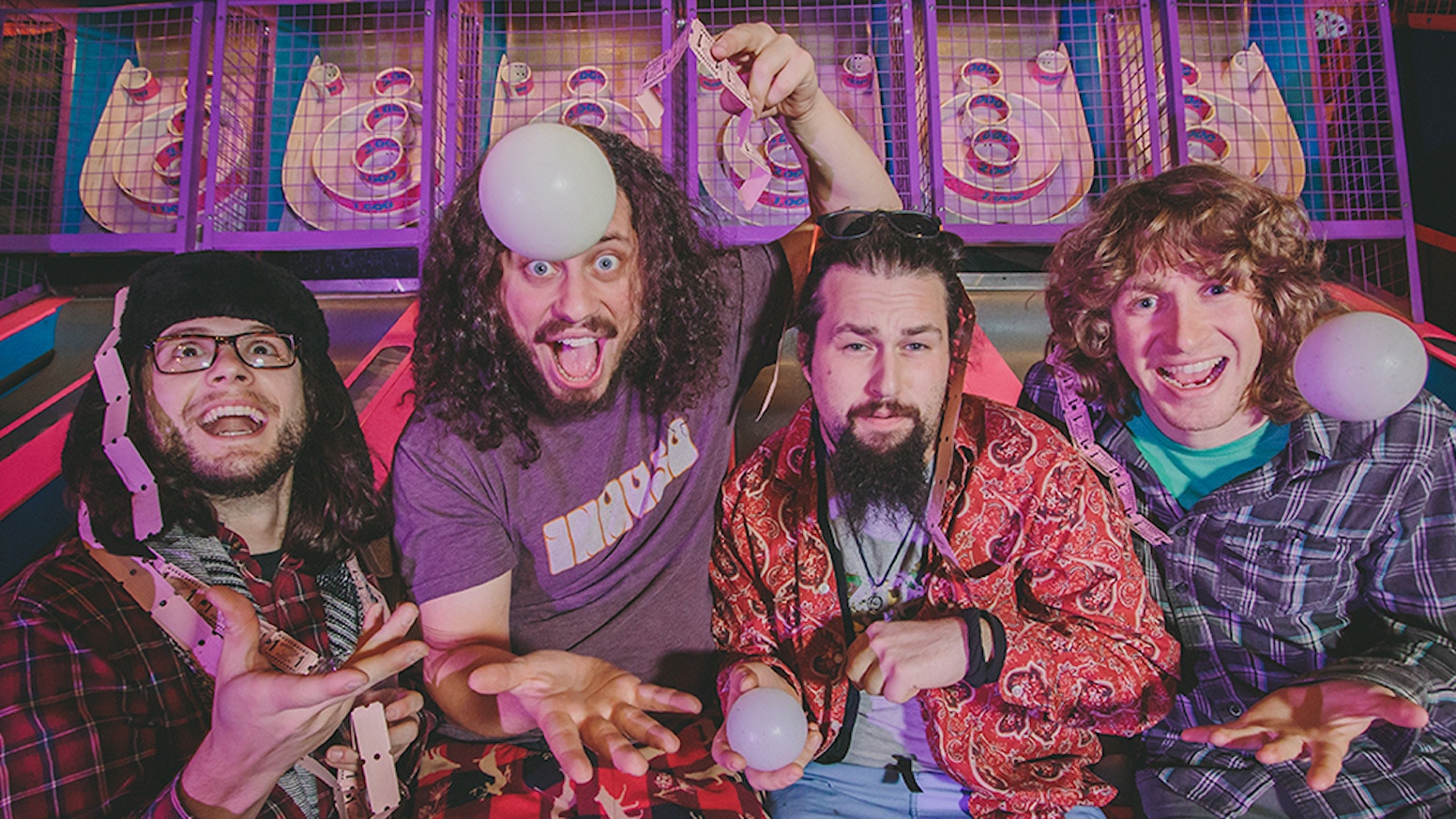 This is the only band on my list that I’ve seen in person thus far, though I want to see them all very soon. When they walk out on stage in pajama pants or kimonos, or whatever zany outfit they choose to wear in California, I guarantee you’ll fall in love with their energy after the first riff. Don’t believe me? Check out this song first:

I wouldn’t even call “F.U.” my favorite song by them, that title probably belongs to “Julia” but Pigeons are the definition of what I look for in live music. They bring a raw energy and excitement that makes sure everyone in the crowd feels like they got invited to the world’s biggest party. It’s perfect for a festival atmosphere.

You guys don’t understand just how excited I got when I saw that they were going to be at the festival. I’m drafting a lineup of artists to see at a festival clear across the country that I have no hopes of attending, and I lit up when I saw their name. I was first exposed to The Family Crest when I heard Love Don’t Go on a playlist that I followed, and when those trombones came in to start the track, I immediately became enamored. With tight harmonies and lead vocals from a guy with a range you can only dream about, The Family Crest is the perfect festival band. Their performances are complex, structurally tight, and a lot of fun. These guys use every inch of the stage during performances, so there’s not a bad seat (or standing area) in the whole festival grounds. 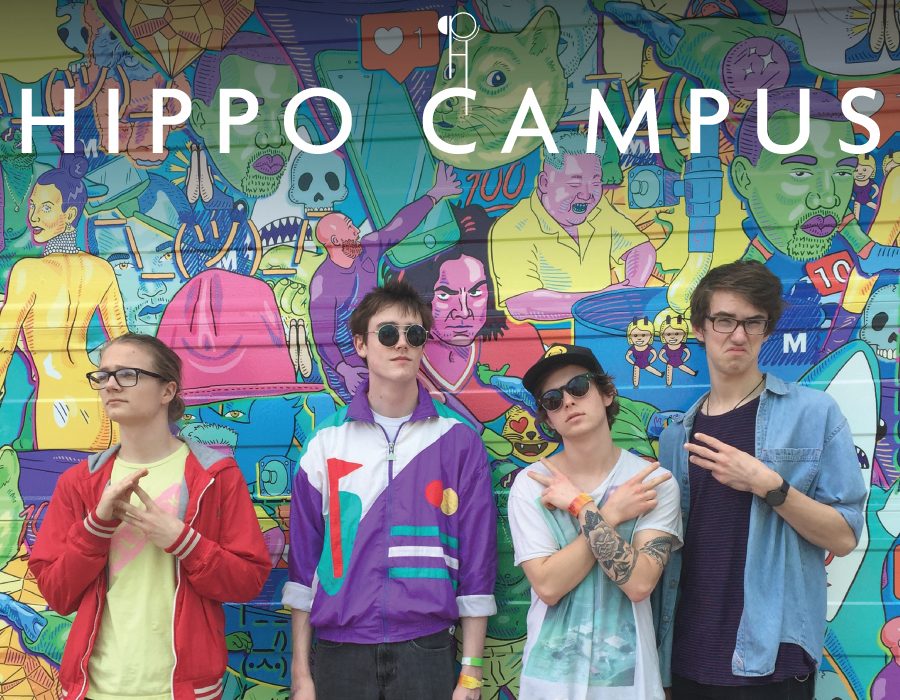 Maybe you’ve heard of this band before. They have millions of plays on Spotify, but I would feel remiss if I left them off the list because of how much I want to see them live myself. My favorite song from them is probably “South”, which you should check out for sure, but I’m going to post one a little more upbeat here because I think it would be more appropriate for a festival setting with a lot of energy (even though the song is about suicide).

If that bass line doesn’t make you want to sway and dance in a festival crowd, what the hell are you doing at a festival in the first place? Get there early, get into the meat of the crowd, and dance ironically.

Wow. I just went through a couple of their music videos, and you need to check them both out. They are the most important music videos you will watch this week. If they can convey half of the emotion in a live performance that they can in their recorded tracks, they would have me an absolute mess during their set. Astrovan makes almost every single playlist I make these days, but I honestly didn’t know too much about them past that song. This band has so many layers that a full set from them is bound to be one of the best rollercoasters the festival has to offer.

Alright, let’s start to dig a little deeper. That’s what you’re really here for? To be able to impress your friends with some deep cuts that go on at noon? Wordsauce is a live funk/hip-hop band. Basically it’s a hip hop show where you aren’t just focused on the one guy dancing around with a backing track playing (not hating, I love those shows). But here there is a full band playing the backing beats and melodies while socially/emotionally conscious hip hop is spoken with a raw energy that dares you to ignore it. Don’t believe me? Check out this video:

That video is kind of a deep cut. It is from 2014 and had 3 views, but I thought it orchestrate what live show might be like. Seems like a can’t miss show to me. I want to hear some reports back from you guys. This is the point in the lineup where I find bands that I didn’t know I had actually heard before. The Delvon Lamarr Organ Trio, or Dlo3, is a band that I have never seen perform a set, but I have seen them warmup before. If their sets are anything like their warmups, they’re going to be an absolute blast. I also love that this band came on the fringes of many projects that fell apart, and Delvon’s wife and manager, Amy Novo, is the one who put the band together. That kind of support in a marriage is incredibly rare. The talent that you’ll find in this band is incredibly rare too. Usually in a band, you can target the leads and then you can see a person or two who is there to blend and make the others look good. That’s not the case at all with this band. They are the definition of a cohesive unit, and they all carry their own weight.

Caleb: Magic in the Other

Magic in the Other are a 3 piece avant- garde group that I immediately fell in love with. Usually when I read avant-garde, I assume it’s going to be so experimental it is unlistenable, but that is definitely not the case with this group. It was somewhat difficult to find many videos of Magic in the Other, and one that was really indicative of their sound was on Vimeo, which doesn’t love to embed here. So instead, follow this link to see that one: https://vimeo.com/229170418.

And in the meantime, I have a treat for you Beatles fans (which is basically everyone right?):

You absolutely can’t miss Magic in the Other this year.

I think a lot of people make the mistake of trying to qualify a younger generation that makes bluegrass music in the newgrass category, but that’s not really the root of what defines bluegrass and newgrass at all. Billy Strings is very much a bluegrass artist at his core, and he and his band are absolutely masters of their craft. This is the type of music that will have you sweating out all the booze from last night as you dance through a new case throughout their set. Stick around for the solo(s) that basically take up the back half of this live recording. There were multiple times where I swear I saw smoke coming from their strings.

This will be a truly unique experience for most of you. Mixing elements of funk and jazz with traditional African chanting and percussion, Jupiter & Okwess are like nothing else I’ve ever heard. The two songs I would start with are “Bapasi” and “Magerita” to get a sense of the breadth of their sound. Don’t want to look those up? Good thing I already did for you.

I’ll be honest, what drew me to John Craigie was the description of the video below: “John Craigie performs ‘I Am California’ live at Mississippi Studios in Portland, OR.” Is there a description on all of YouTube that uses more states in as few words as this one? Then, once I got to listening to the actual song, I was blown away by the vulnerability of John’s voice. An oft attempted but rarely successful timbre to his voice, John drips the words of his song from his pores, and wears his passion on his sleeve. This is the perfect artist to check out as you roll into your day of music. He also has the absolute best song about the current political status of our country. Watch the second video if you’re interested in that.

(I couldn’t help myself. This video was too good.)

Hey, while you’re here, if you’re a music fan you should stay a while. We have daily posts from every genre imaginable, and we also run a music podcast. We also have a monthly Spotify playlist.Don’t forget to follow us on social media (there are links on the right side) to keep up with the best music you’ve never heard before.