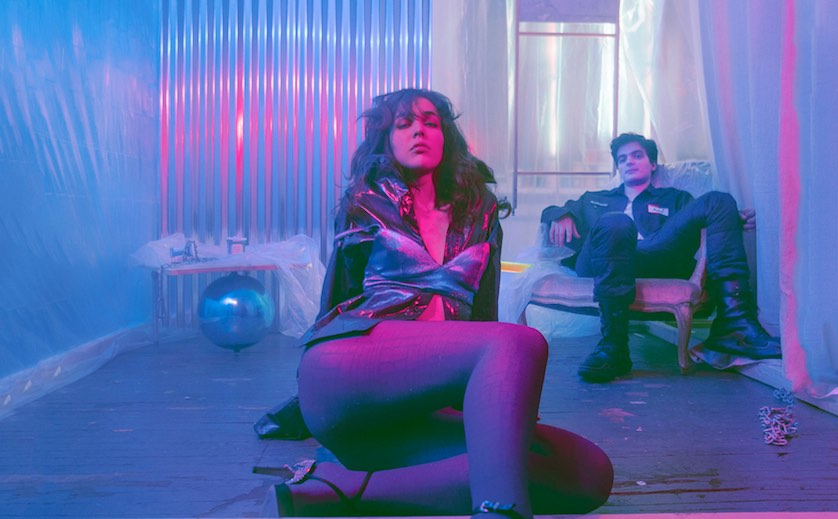 Good morning B-Side Ballers, I have a great chill track to get your day started. I’ve been playing Blush FM’s new EP, Project A so much as I start my 2020 off on the right foot. The thing that “Clipper” in particular, but really every track impresses me with is the atmosphere it creates. This is a project that needs to be heard through some nice over the ear headphones.

Each track feels so full and swelling, with mixes of 80s synth sounds and modern pop sensibility, and then you add in the gorgeous vocals and it is easy to see why this project is one of my favorites at the moment. This is what I imagine mixing Daughter’s haunting vocals and lyricism with the guys who wrote the music for Stranger Things would come up with, and I’m 100% on board with that.

Good morning B-Side Enthusiasts! Man, we really need to give you guys a better nickname, any ideas? Shoot us a message on Facebook or something. Anyway, I have a great track for you to start off this Monday morning. It’s a really catchy song with some really fun synths that seems to have a lot more depth below the surface. Let’s dive into a little of the lyrics:

“Ok where do I start…
it was probably the laser beams blasting out of your eyes like you hated me.
Creating craters in my space you made my neighbors freak.
All the sudden I’m self conscious about the way I speak.
You said you can turn your gaslight off.
I no longer need it’s illumination to write songs.
I don’t feed off the accumulation of fights gone wrong like I used to so lose the abuse dude.”

So to me the song is reflecting on a dysfunctional relationship of some sort, and the narrator seems to be self consciously exploring the ways that they weren’t the best partner. The interesting thing to me is the “gaslighting” part, only because that seems to potentially complicate the rest of the song. Who is doing the gaslighting? If it is the narrator, then the song that follows is pretty straight forward, and the gaslighting is just one of the many things that the narrator is reflecting on about himself that he may have done wrong. If the partner was doing the gaslighting, then it becomes difficult to decipher the rest of the song. Is that narrator actually the one in the wrong in this relationship? Or have they just been made to feel that way because every fight or criticism turns it self around “on them.” Either way it’s a really interesting song with a really funky jam. I recommend you listen to it 20 more times and then tell me what you think.

Bio: Snailmate was formed by Kalen Lander and Ariel Monet in early 2015 in Phoenix, AZ. To date, the band has independently released 3 EPs (on tape and CD) one 7 inch vinyl split, one tape split and one full length album “Love in the Microwave” (digital distribution by OCML records) which together have amassed thousands of physical sales and Digital downloads and garnered praise from press outlets such as Phoenix New Times, Java Magazine, Rogue Valley Messenger, ABQ Free Press and more. The band’s self-booked touring began spring of 2015 and they haven’t stopped since. Snailmate has played clubs in every region of the country while also performing at SXSW, Evel Knievel days, UFO festival, multiple pride festivals, State fairs, Maximum Ames and Fog Fest.  The duo will continue touring the US, Canada, Mexico, Europe and more until they die.