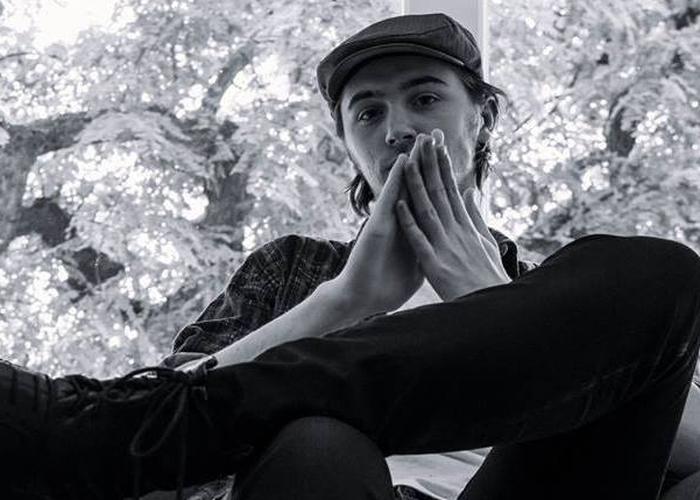 Good morning B-Side Ballerinas! (nah, that one isn’t so good) Hope you guys are celebrating your Friday in style. Let’s get it started right with an excellent track from Leo James Conroy. The production on this track is so smooth. It has an analog feel from the very beginning with the excellent bass line that runs the entire song. As someone who tries to sing on occasion (poorly), I can’t help but be insanely jealous of a voice like Leo James Conroy has. It’s perfectly soulful in a way that reminds me a good bit of the lead singer of Kaleo mixed with like Jamie Cullum or someone. I think my favorite part is when everything drops out around 2:20 and then slowly builds itself back up with a background chorus, horns, and of course, that sweet sweet bass line. Let that bass line walk you right into the weekend, where of course, more music from us will be waiting.

Bio: White Noise is Leo James Conroy’s first single on his Debut EP, Plastic Chairs & Cigarette Fumes. Notable contributors to the record include drummer Russ Lawton (who has worked with Phish), background singer Sharlotte Gibson (who has collaborated with Whitney Houston and Stevie Wonder), and mastering engineer Barry Grint (who has worked with The Rolling Stones, David Bowie and The Beatles). “White Noise” was produced by Lyell Evans Roeder, and it was recorded in his studio in Los Angeles with additional recording in Vermont and Washington D.C.

Are you a big fans of bands like The Black Keys, Rival Sons, or Kaleo? Who isn’t right? Well I found another band to add to your collection: Welshly Arms. The song uses gospel a gospel choir song with some great blues riffs and grungy lead vocals to create a sound that mixes nostalgic rock and roll and blues with modern synth and bass backgrounds. It seems that a lot of this album was written in the past couple of years with all the turmoil that we’ve seen in this country, and I’ve often said that if nothing else, Trump’s America will have great protest art. I think the past year or so we’ve seen that come to fruition, and Welshly Arms is fitting quite nicely into that niche.

Having been ensconced in the studio working on their debut album ‘No Place Is Home’ due this June, Cleveland based six-piece blues and gospel influenced alternative band Welshly Arms preempt the release with a brand new track ‘Sanctaury’ that follows on from the much lauded ‘Legendary’ released last year. The band are also due to perform at this year’s Reading and Leeds Festival.

Of ‘Sanctuary’, frontman Sam Getz says, “We wrote ‘Sanctuary’ in a time where everything on the news and in politics seemed so dark and out of control. Nothing felt safe, nowhere felt like home and there wasn’t a lot of positive news to find hope in. ‘Sanctuary’ is a reminder that hope is always there in the people you keep close. Even as the world seems to be breaking down around us, my family, friends and the people I love are where I always find my security and my home.”

This summer, Welshly Arms will support Thirty Seconds To Mars on the last leg of their upcoming US tour, before crossing the Atlantic for an exclusive performance at 2018’s Reading and Leeds Festival.

Catch Welshly Arms alongside every other song we’ve featured in June on this Spotify playlist.

Don’t forget to check out our podcast, I’d say it’s the best thing we do.